They Were Never Strangers to Us 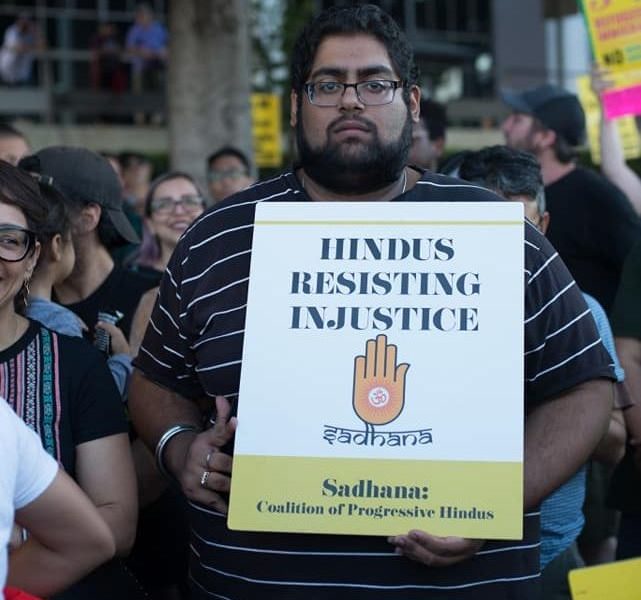 Immigrant parents.
The refugee friend.
The asylum-seeking loved one.
The undocumented mentor.

I find it quite strange how the divisiveness of our language changes the context of each phrase. In our political discourse today, it’s the adjective in these phrases that cause discomfort — based on a variety of different circumstances — and leads to a domino effect of misplaced anger and frustration.

Centuries of this behavior — manifested by patterns of bigotry and violence, towards people seeking the same liberties and opportunities in life — can be rooted in words as simple as “go back to where you came from.” Why? Merely because there are dissenting opinions about the status quo we call injustice. Many who find themselves on our doorstep for safety are the very same ones we’ve caused to go through this ordeal. And yet our conveniences are threatened when history reminds us of the debts we owe to our “civilization” at the expense of others.

Now, look at the other side of these phrases. Parents, friends, loved ones, mentors. People who bring out the best in us and remind us that we aren’t alone in our journeys through this reality. They’re the shoulders for our sorrows, the smiles that bring joy, and often the causes of conflict that build our resilience. They are not perfect, and neither are you, but you’ve developed you’re perfection in this process. But we know that often when we hurt our own we feel flustered, we feel disappointed, and we feel like we must redeem ourselves and do more to correct what we’ve done wrong.

Now, what if I told you that you’ve read those first four phrases wrong? What if, instead of understanding those phrases as the English vernacular, we look at both the nouns and adjectives as synonyms?

In an abstract way, all those words can mean the same thing. My parents happen to be immigrants. I have friends that happen to be refugees. I have a loved one who I know to be an asylum seeker. And I have mentors who happen to be undocumented. Their experiences and journeys to find a better tomorrow do not exclude them from being the loving people that I call my own. This can be said about the thousands of people who come to the United States with the same dreams and opportunities, shattered by the very narrative that never allowed them a chance for survival here or at home.

People may argue what I’m saying is simply an opinion. Some may argue that it doesn’t speak for the propensity of chaos that might ensue. But when we affirm divisive language in a time where our lives are so intertwined with, and require the support of, the same people we choose to disavow for the sake of convenience, we deny our collective ability to thrive and prosper.

This is more than me speaking from a soapbox. This is my religious mandate as a Hindu and Sikh.

Practice truth, contentment and kindness; this is the most excellent way of life.
One who is so blessed by the Formless Lord God renounces selfishness, and becomes the dust of all.
— Guru Granth Sahib, Ang 51

One is a relative, the other stranger,
say the small-minded.
The entire world is a family,
live it beneficently.

Be detached,
be generous,
lift up your mind, enjoy
the fruit of Brahmanic freedom.
— Maha Upanishad 6.71–75

I am reminded daily by my own interfaith identity, and the scriptures from the array of religious and spiritual traditions that promote a legacy of service, that no one is or can be strange. I should strive to not just “get along” with everyone, — dismissing their woes out of the assumption that “getting along” is equivalent to “leaving alone” — but rather work to serve them as my own and strive for their justice.

I would even dare to go deeper. I would argue that the Divine Light present in all things makes me one with everything; I am the universe and the universe is Me. If that same Divine Light exists in all of creation, it means that those I see as strangers, even my enemies, are a reflection and a manifestation of my own light. What I may do to them will reflect on me and on the society that I belong to.

I cannot be a shining light myself if I dim the light of others. And I cannot keep my own light bright if I can’t help others. Instead of being the light at the end of the tunnel, I want to be the light that illuminates others and make this world better than what we were born into.

So let’s not play ignorant here. Thousands of people, men, women, children, the elderly, LGBTQ folks, and people of various worldviews are currently detained in privatized and government-run centers around the United States for pursuing freedom. It would be remiss to reflect on this and not think about what is says about me, a man of many privileges, if I were to not stand for what is right and do what I can to help those being systematically oppressed. This matter is of great moral and faithful urgency because it resounds the echos of travesties past and reminds me of what side of history I should be standing on. But, even then, it should also remind me of the deeds and actions I must show to God at the end of my life. I cannot do good merely to be rewarded; I must do good because it is right and just.

Air is the Guru, Water is the Father, and Earth is the Great Mother of all.
Day and night are the two nurses, in whose lap all the world is at play.
Good deeds and bad deeds; the record is read out in the Presence of the Lord of Dharma.
According to their own actions, some are drawn near, and some are sent far.
Those who have meditated on the Nām and departed after working by the sweat of their brows.
O Nanak, their faces are radiant in the Court of the Lord, and many are saved along with them!
— Closing Salok, Japji Sahib (SGGS 8)

Tahil Sharma is an interfaith activist based in Los Angeles who was born to a Hindu father and a Sikh mother. Following the Oak Creek, WI shooting of a Sikh temple in 2012, Tahil became involved in efforts for interfaith literacy and social justice and has been doing this work professionally for the past six years. Tahil is the Faith Outreach Manager for Brave New Films, a social justice documentary organization based in Los Angeles that empowers communities and teaches civic participation through new media, facilitation, and strategies for action. Tahil also serves as one of three Interfaith Ministers in Residence for the Episcopal Diocese of Los Angeles and as the Los Angeles Coordinator for Sadhana: A Coalition of Progressive Hindus. Tahil also serves various organizations in different capacities to educate, engage, and serve various communities that promote interfaith cooperation and ethical pluralism and social and productive norms in society.