Of Fire and Water 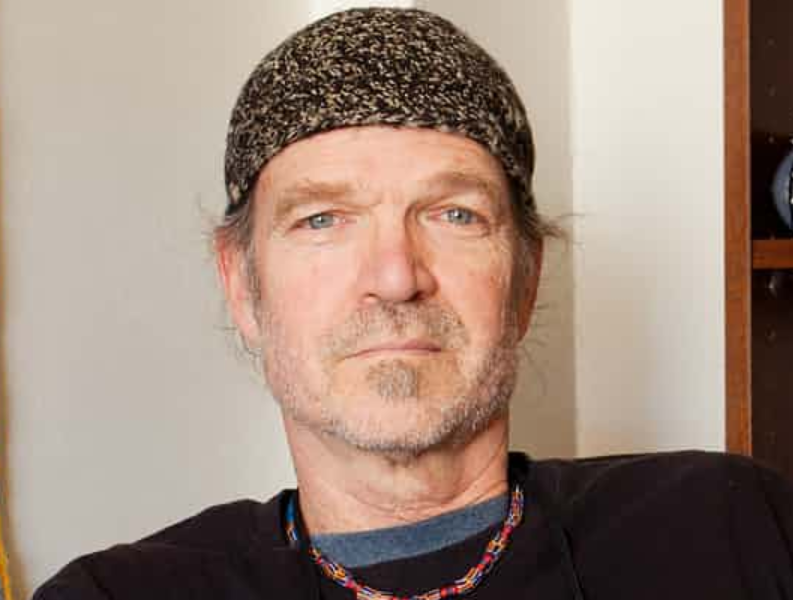 The Episcopal Lectionary for this week resounds in syncopated side-step with emergency events. California again burns—as 250,000 flee and millions lose electricity. In contrast, the scripture for the last Sunday of October celebrates the return—over summer-drought-desiccated Canaan—of “early rains” (Joel 2:23-32; Ps 65; 84). The theme in common is water. California longs for such in its intensifying seasons of wind and fire even as the biblical tradition remembers the provision of such in a cycle shared in common across Middle Eastern geography and religion. The juxtaposition invites reflection.

In primal Israel’s experience of the “hurting season” from June through August, soils and seeds, plants and animals (including human ones) gasp and shrivel and sicken, ravaged by hot siroccos sweeping north and west from the eastern deserts, until the cloud relief of September’s inundations begins the time of restoration. Rain-on-time is the biblical world’s most ancient memory of life’s rhythm. The regularity of this ancient Near Eastern alternation comes out of the near side of the Younger Dryas’ 1200-year cold snap (from 10,800-9,600 BCE), opening the door to our species’ fateful choice, for the first time in history, to begin coercing plants to do human bidding. Agriculture as both innovation and “fall” (in Genesis 2), both provision and pillage in its Fertile Crescent advent, becomes possible only in the dependability of the autumnal return of rain. This pattern emerged gradually after the most recent Ice Age break-up.

These “early” autumn storms initiating seasonal change in the ancient Near East open the drought-hardened ground to the dark journey grain kernels must make to move from life-end to life-beginning-anew in sprout and leaf and fruit. Indeed, the weather-cycle of that ancient landscape—storms gathering out on Mediterranean waters, and marching east like sky-sentinels every fall to battle the death-dealing winds from the eastern sands—is perhaps Canaan’s equivalent to the ceremonial giftings of various “place revelations” to Native bands here on Turtle Island.¹

Indigenous life-rhythms reflect the eco-niches they have long tended with care and respect. The assertion bears a longer look. Whence indigenous myth and rite? The report typically is “the land told us” (Kimmerer, 7-9; 141-155; Deloria, 236-241). It was not different in Canaan of old. The biblical tradition of Sabbath-Jubilee may well enshrine memory of a riff of rain coming “right on time.” For six or seven years, the weather conforms to human need to have a regular pattern governing planting, rolling in each September with renewing “blessing,” remembered ritually in Succoth’s rain-fest (Zech 10:1; 14:16-19; Ps 65; 104). But after “submitting” to the calendar for such a sequence, the storm-fronts often take a break (Jägerskop, quoted by Benaim, 2018).²  They might be said to “go rogue,” enjoying “release” from temporal bondage to do their own thing, tattooing the expected timing with interruption, reminding the Near Eastern clans that the Wild is not our slave. The “sacred sevens” of the Sabbath-Jubilee cycle of weekly, monthly, yearly and generational release (freeing land from “production,” animals from labor, and humans from indebtedness and bondage) may well be, in origin, a teaching of the land itself. Every seven years (or so) the rains rest. Their recurrent pattern is a gift, not to be taken for granted.

And this seven-year cycle becomes the very rubric of “righteous rule” in the biblical tradition, into whose image human rulers must fit if they are to be judged “just.” The “righteous” king, says Psalm 72, is like “rain on grass,” dependable in policy and care, but also capable of interrupting royal practice to restore an even more primordial concern for freedom (such as debt release and field fallowing). Whether actually adhered to by Israelite rulers or not, the rubric is there. And thus a tiny strip of “holy land” in the Levant, enjoins for peoples and places everywhere and every-when, similar attention to local conditions, to the eco-teachings unique to indigenous folk long resident in those settings, and to the need for regular syncopation and re-adjustment when nature improvises Her own rhythm.

But now, more than two millennia from that past and half a planet away, we’ve come to the climate crisis we face today, thanks to a globalized assault on the biosphere. The local California cycle of wet and dry, heat and relief, long granting fecund provision far beyond its borders, has been broken by a hubris corporately embodied and long in the brewing. And its ruptured rhythm is but one among many similar “signs of the times,” now resounding apocalyptically across the planet for a (white) “supremacist” Western culture, gone global in “civilizing” conceits and consumer appetite. We are out-of-control and out-of-bounds. While across the equator, in the Amazon, the “lung of the world” likewise blazes.

In our modern industrial arrogance, we have thought we had “nature” locked down and primed to serve. Ourselves enthralled by screens and brands and markets, we have dismissed the natural world as a mere “thing,” whose “laws” we elaborate, whose bodies we dice, splice or otherwise bend to our will, whose purpose we “reduce” to service of our own fatuous and colonizing willfulness. But not fully appreciated by us—Planet “Earth” is primarily (71%) Water, a Power not birthed here (as much as 40% of this world’s H2O may have come from beyond the solar system) shapeshifting continuously from ocean to aquifer to air. This most august Presence is a Being we witlessly coerce in pipe and basin and bottle, and foul with toxins and plastic! We had not thought such a phenomenon to be a Creature of “Her” own counsels, capable of “speaking.” But She does—in flood, drought, extreme-storm-on-the-coast, and wild-fire. Indeed, She is now shouting.

Climate change is not first of all a “problem to be solved,” but a communication-to-be-heard. And it is especially a communication of Water. In this late hour, can we turn from our blind romance of technique and growth, return to what ancestry and indigenous have known all along about living within limits, and listen and act accordingly? It seems unlikely . . . but maybe. If not, however, then Baldwin looms prescient. Not flood but fire this time. But even that is Mother Water sounding. And the “Sabbath break” She brings at this juncture may be thousands—or even millions—of years in its interruption.

Perkinson says “Climate change is not first of all a ‘problem to be solved,’ but a communication-to-be-heard.” What are the practical implications of this view of the climate crisis? What are examples of actions that come through listening?

The recurring rain patterns Perkinson describes is one example of humanity’s dependence on the natural world. Make a list of all the ways you depend on the natural world — for survival, sustenance, enjoyment etc. How many of these are jeopardized the climate crisis or current human activity? What are steps you can take to protect them?

*Bonus: Do this activity in a group and come up with an action plan to address one or two list items.

James W. Perkinson, PhD., has lived for 35 years as a settler on Three Fires land in inner city Detroit, currently teaching as Professor of Social Ethics at the Ecumenical Theological Seminary and lecturing in Intercultural Communication Studies at the University of Oakland (Michigan). He holds a Ph.D. in theology from the University of Chicago, is the author of five books including Political Spirituality for a Century of Water Wars: The Angel of the Jordan Meets the Trickster of Detroit;  Shamanism, Racism, and Hip-Hop Culture: Essays on White Supremacy and Black Subversion; and White Theology: Outing Supremacy in Modernity. He is an artist on the spoken-word poetry scene and an activist in the struggle against water shutoffs.

¹James W. Perkinson, Political Spirituality for a Century of Water Wars: The Angel of the Jordan Meets the Trickster of Detroit (New York: Palgrave Macmillan, 2019), 191,199.
Vine Deloria Jr., For This Land: Writings on Religion in America (New York: Routledge, 1999), 250-260.