Looking around today, it’s hard to imagine any ‘Stranger Things’ 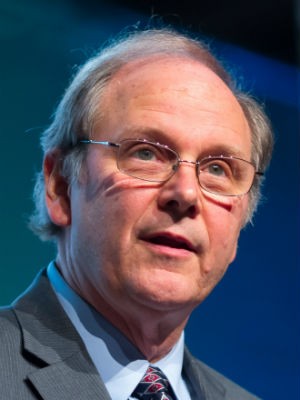 Margaret Atwood’s 1985 novel The Handmaid’s Tale is a dystopian portrayal of a not-so-future America that has become an “authoritarian, patriarchal, and theocratic regime” called Gilead. More recently, the Netflix series Stranger Things has plot parallels to our current American political and cultural ethos that are both familiar and foreboding.

For many of us old enough to remember how things in our nation used to be – when we were proud of our country and its elected leaders and our states could rightfully be called “united” – we feel like we are living in Atwood’s Gilead or the Upside Down of Stranger Things. A terrifying shadow has come over the countryside, bringing disarray and danger even to small Midwestern towns like the fictitious Hawkins, Indiana.

Our national civility, marked by mutual respect, honesty, openness, and kindness, has been turned on its head. In the words of one cable news analyst, America now faces a “long national nightmare.” With the possibility of presidential impeachment gaining momentum daily, the eyes of much of the world are focused upon the crumbling infrastructure of American democracy. The way politicians, pundits, and the general populace fling accusations and diatribes back and forth validates the humorous quip that is now anything but funny: “We have met the enemy, and the enemy is us.”

Here are some of the “Stranger Things” from this storyline which, when placed alongside eerily similar conditions in our country, suggest to me that this imaginative script might also be frightful nonfiction.

The Hawkins National Laboratory, like many tax-supported, secure and secret government agencies, designs and tests dangerous conventional, nuclear and biological weapons – forces of mass destruction perhaps not yet fully understood nor safely contained.

I long for a time when the stranger things that have captured our culture and possessed our people are finally defeated.

Drs. Martin Brenner and Sam Owens, chief scientists and directors of the National Laboratory, behave like some contemporary bureaucrats and technocrats whose blind dedication to desired “ends,” regardless of the “means” to achieve them, could one day bring about our collective demise.

The nefarious scheming of Russians lies beneath the surface of public awareness for much of Hawkins, just as seems to be the case in our own Upside Down. These foreign enemies of the State have secretly infiltrated our complacent, unsuspecting countryside, depending for help upon local partners more concerned with private gain than the public good.

Glib, smooth-talking Mayor Larry Kline, the highest elected official in Hawkins, uses the power of his personality and entertaining distractions like his Fourth of July Fun Fair Spectacular to line his own pockets and promote an immoral agenda. When confronted, however, Kline – like some of our own leaders – reacts like he is above the law and thus untouchable.

Starcourt, a shiny capitalistic sanctuary that signals welcome progress and success, is suggestive of America’s commitment to crowded gallerias, pedestrian malls, shopping centers, and discount outlets – our commercial cathedrals. In the sci-fi story, however, the “shop till you drop” corridors are actually the gateway to the Demogorgon – a predator who insinuates himself into society by gradually controlling and “owning” the very consumers who celebrate the glitter.

Now in the new Upside Down, once rational citizens – salt-of-the-earth storekeepers, pumpkin farmers, homeowners, and family members – have been dominated by illogical hatred and a violent capacity to hurt others. This change of personality in good people once so Norman Rockwellian is almost inexplicable, even as it is in our communities today. Their radical transformation is caused by the Mind Flayer, a systemic evil that somehow transforms free-thinking souls into slaves of incivility.

Yet, there are first responders, police officers and civilian volunteers who, like Chief Jim Hopper and Bob Newby, willingly fight against the evil forces that threaten to rip apart what should be whole. These heroes are underpaid and often misunderstood, though they willingly put themselves in harm’s way to protect the most vulnerable.

Supporting their efforts is a secondary line of defenders – Scott Clark, the middle school science teacher, and Murray Bauman, a Russian-speaking inventor, and recluse. Drawn out from their familiar, safe environs by pleas for help, such persons contribute their knowledge and experience to the ongoing struggle. Like other ordinary citizens who may be out of step with pop culture, they prove to be powerful allies when others listen to their warnings or seek their advice.

Robin Buckley, who dishes out ice cream and sassy repartee at Scoops Ahoy in the Mall, has since high school has seen herself as a “loser,” although she is smart, likable, attractive and resourceful. Like many a gay person in the 1980s she is practiced in pretense in order to survive, yet by being herself discovers that she is more than enough to win loyal friends – thereby demonstrating that it is possible, and liberating, to be judged by the content of our character.

Our national civility, marked by mutual respect, honesty, openness and kindness, has been turned on its head.

Similarly, Dustin Henderson, who suffers from the birth defect cleidocranial dysplasia, illustrates the same truth – namely, that in the healthy community everyone belongs. While teenage bullies threaten Dustin and mean girls at the middle school Snow Ball belittle his awkward requests for a dance, high school student sponsor Nancy Wheeler stands up for Dustin. By doing so, she represents any person of privilege or popularity who is kind and accepting of marginalized members of society.

Communication – by telephone, two-way radio, blinking electric lights or telepathy – is the way to find one another. Human connections are never more important than when some are in trouble and others reach out to help. Those who are alone, discounted or endangered are saved when friends, even strangers, care enough to practice active listening and honest speaking.

Will Byers symbolizes the most defenseless casualties of evil – those who are young, sensitive, gentle, artistic, growing – the ones who need to be understood, befriended and protected. Even to his best friends, he still appears immature and out of step with their own adolescent interests and desires. Thus, as the first victim in Hawkins, Will projects an innocence emblematic of the vulnerable young trapped at the borders of greed and rejection.

Joyce Byers is the protective, impassioned and courageous mother who never gives in to despair nor gives up the fight. Her love for her family and their future compels her to act, despite those who think she has lost her way. By doing so, she is like so many brave women who come forward to testify in the #Me Too Movement, support Moms Demand Action for Gun Safety in America, or join Women’s Marches to demand appropriate responses to multiple social injustices.

It is not fabrication, or “fake news” to declare that young leaders like these are the hope of tomorrow.

Eleven, more than any other character in the story, opposes the Demogorgon, challenging the monster with the power she holds in her hands. She sees beneath the surface, recognizes those who are in danger, intuits the right action to take on their behalf and will not betray those whom she has come to love. Though Eleven has a superhuman ability to combat malevolence, her efforts to rescue others causes her to bleed, a reminder that saviors often suffer because of their defense of others.

A courageous group of friends of Will Byers, including Mike Wheeler, Dustin Henderson, Lucas Sinclair, and Max Mayfield, collaborate to fight the malicious systems undermining and changing the nature of Hawkins. In our present-day real world, brave young people like Greta Thunberg and her advocacy and speeches about climate change; David Hogg and his campaign for reasonable gun control; and Patrisse Khan-Cullors, Alicia Garza and Opel Tometi and their founding of Black Lives Matter represent the masses of youth across the globe who strive to create a better world.

It is not a fabrication, or “fake news,” to declare that young leaders like these are the hope of tomorrow.

While it is fascinating entertainment, Stranger Things is so much more than fiction. Looking around today, it seems entirely, oddly, frighteningly real. Our society, like the one in Hawkins, faces a new unreality where science may push us over the precipice, government agencies and bureaucrats seem to have little accountability and foreign nationals have undermined our autonomy; where the pursuit of money has perverted our morality, entertainment numbs our ability to feel empathy for others and rumor, innuendo, and lies blind us to what is true; where a few good men and women still sacrifice themselves in noble ways while the innocent and vulnerable continue to be victimized; and where the young champion the cause of justice, willingly putting themselves at risk, bleeding and sometimes dying to restore sanity.

I look forward to more seasons of Stranger Things, Netflix’s award-winning drama. But, like millions of Americans, I long for a time when the stranger things that have captured our culture and possessed our people are finally defeated. I pray for the day when we wake up from the “long nightmare” of this Upside Down to a right-side-up world where, in the inverted reign of God, the last will be first and those who weep now will laugh with joy.

Sellers’ article offers us an interesting practice. What creative works (whether they be books, T.V. shows, movies, etc.) speak to you and the social/political situation we face today? What insight do they offer in terms of the path forward?

Which of the characters Sellers describes speaks to you the most? Write a letter to that character.

This piece was originally published on October 9, 2019, in Baptist News Global.