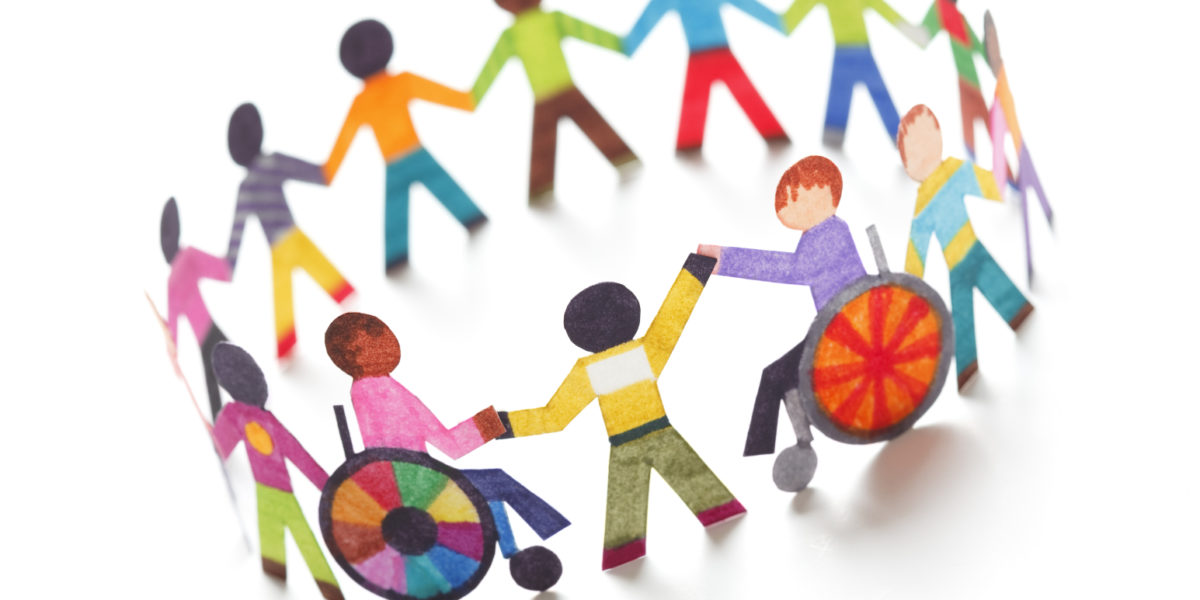 In a seminal handbook detailing how best to accommodate children with special needs within religious communities, the authors issued a strong statement of their belief.

“That All May Worship,” jointly authored by Ann Davie and Ginny Thornburg and published by the National Organization on Disability more than two decades ago, has recently been updated for our own time.

“The foundation of the House of God is weakened for all if barriers of attitude, communication or architecture prevent people with disabilities from participating fully in the worship, study, service, and leadership of their congregation,” the authors write in the introduction to a guidebook for religious communities and their leaders.

One recent study, drawing on large amounts of data delivered by three surveys of the health of hundreds of thousands of children and conducted by the Centers for Disease Control and Prevention (CDC), strongly suggests there is still much to do among religious communities.  The study was first published in the Journal for the Scientific Study of Religion.

The study found that a child on the autism spectrum is almost twice as likely to never attend a service than one without a health condition.

This is similar to the experiences of many children with special needs, including those suffering depression or anxiety, a learning disability, or ADHD. The survey respondents, and the adult care-givers of the children, all reported higher non-attendance than those without any health issues, these being physical or mental.

“The results of this study are a wake call up call to congregations,” Whitehead said, adding that one key takeaway for him was the stability and repeatability of data over time.  Speaking to Religica, Whitehead said “it is interesting that it is not as if these are changing. It is not getting any better. And it is a real question for (the religious).”

Indeed, Whitehead’s work in this field is both a professional and personal journey as he is the father of two autistic children.  “That everybody should be welcome is important…(they) should be allowed to be there, with the question being do they still bring value…all bring certain aspects to the faith community,” Whitehead noted while also adding that many parents never bring their children to services, while those who do, never return.

Whitehead does not believe that religious communities purposefully place barriers to the participation of children with special needs; rather, there remains organizational issues that impact interaction between religious leaders, their communities, and parents of special needs children, who ultimately may not feel welcome.

Speaking of Christian communities he’s worked with, Whitehead continued: “Congregations may not have the necessary support systems, and parents sometimes feel that the church does not want them there.”

Katie Steed, formerly psychology and special education professor at Brigham Young University who now heads the disability office of the Church of Jesus Christ of Latter-day Saints, identifies two simple words for communities to remember when dealing with special needs issues – all and awareness.

For “all”, Steed refers to the Hebrew Scriptures and a passage in Isaiah.  The passage notes that “all your children” will be taught and live in abundant peace.  “It is really important that God chose to include that word ‘all’,” Steed said. “This is something I am really passionate about, both as a professional, but it is something that has become very personal in my life,” Steed said. She is the mother of two children with special needs, one with autism, the other spina bifida.

In terms of “awareness,” Steed recalled the story of when her eight year old son, who has autism, was invited to a birthday party at a venue that can be loud and raucous. His friend offered to change the venue. “That is awareness,” said Steed.  “We do not have to be experts, all we have to do is know how to be a friend,” she said. “This is a fourth grader, and he gets it.”

Steed echoes Whitehead when she explains leaders of religious communities rarely, if ever, say they do not want children with special needs as part of their congregations. It is typically that they want them within their communities, but do not know how to put in place the structures.

Others, according to Steed, suggest they do not really have many with special needs within their communities, this despite statistics showing that one in three households report a child with some disability. “These leaders may be failing to look closely at their community, failing to see those parents who dare not venture forward because there is no support. It is about reaching out and personally inviting people into congregations,” she said.

“Healthy communities are measured by how well they care for those outliers…that want to be part of the faith community.”

Another organization, Kids on the Move first organized their ‘Special Needs and Religion’ event in 2015.  Then, after a short hiatus, they held two more in the past two years.

The events were attended by a range of religious communities, including Chrisitans, Muslims, Jews and more.

Sydney Ochoa, one of the organizers, explained that how they are often approached to provide guidance and training to communities who are reaching out to their special needs children.  This is a more common occurrence. Communities are looking for ways to welcome everyone in their midst.

While more discussion and work is needed on the practicalities of including those with special needs within religious communities, ‘That All May Worship,’ while delivering much advice and guidance, also makes clear in its own way a commitment that many religious communities share, albeit in unique ways from one another.

“It is God’s spirit that moves us to pray, especially in times of pain, sorrow and loneliness. God’s spirit removes the attitudes that isolate people,” the authors write. “And, God’s spirit motivates a congregation to be affirming, inclusive and welcoming. ”