The Murder of Floyd

Religica - The Murder of Floyd

The murder of George Floyd at the hands of a Police Officer has set American race relations back at least 50 years. This pandemic of violence against Black and Brown communities dates back to the very founding of our nation. We are a country built on stolen land and stolen labor rooted in violence and dehumanization. What makes this particular murder so damaging  to race relations is the revelation that George Floyd and Derek Chauvin, the former Minneapolis police officer charged with third-degree murder and manslaughter in Floyd’s death, worked together at a Minneapolis club as recently as last year. The danger of death by coworker is now added to the litany of government sanctioned executions at the hands of the militarized police and vigilant murders. We are reminded that any one of our smiling colleagues could in another situation have their knee on our necks. When you have been in power and privilege for an extended period of time, anything that seeks to decenter your extreme advantage feels to you like persecution. The response to this rage is manifesting in murder. This is not a new phenomenon, particularly here in the United States of America, where the foundational economy was built on a structure that depended on cheap, exploitable, rightless labor and required the subordination of a whole race of people (Anderson 2016).

Justice minded people agree that there is no peace without justice and that there must be justice before peace, but we cannot ignore that there must be love before justice (S.J. 2002).  Somehow in the last 50 years many of us have come to believe that white people as a whole love us, and if not as a whole certainly no white person we know could be capable of killing us.  Our Blackness surely was element to devalue our lives in a mythical post racial society. We have known Black murder from our colleagues in many ways; our salaries are unjustly calculated, our ideas are hijacked, our voices are diminished, our accomplishments are unacknowledged, our thoughts are minimized and the list goes on. But we are now living in the reality that reminds us that the covert attitude of racism embodied in the structure of the KKK is alive and well and may be operating in the plain site of our workspace.  Black people cannot risk assuming that the humanity of white people is more real to them than the color of Black people (Baldwin 1993). Is there any space that is safe for black bodies, and even more importantly is there any rest for our minds?  We are forced in this moment to analyze every interaction with every white coworker to discern the motive and further to exegete if this is safe and authentic interaction? Black people have always been subject to social and juridical rule, they have attempted to move outside of the realm of discipline and punishment (Jeffrey Q. McCune 2014).  We have for generations chosen to employ discreet lives to the extent possible, which hides our innermost thoughts. Visibility seems to endanger our individual agency as bodies and cultures on display become available control and domination. This murder asks Black people to practice an invisibility in the name of survival as there is no place including our work space where our Black bodies are safe from terrorism.

We must interrogate white rage, the inevitable backlash whenever people of the dominant culture feel threatened. The trigger for white rage is always Black advancement. It is not the mere presence of Black people that is the problem; it is Blackness with ambition, with drive, with purpose, and full demand of equality (Anderson 2016). It happens when Blackness is audacious enough to present as equal and refuses to be subjugated or to pay homage.  There is a particular viciousness that surfaces when Blackness asserts itself without looking for the support or patronage of dominant benefactors. We must cry loud and refuse to accept the poor behavior and tantrums of our dominant siblings when they are confronted with the brilliance and capacity of marginalized people. Their displays of power must be met with swift and immediate rebuke if equality and equanimity are ever to be achieved. The nation will heal when white people learn to love and accept themselves and each other (Baldwin 1993). When white people learn how to love themselves they will realize the need to divest of privilege and Blackness will no longer be the necessary target of white inhumanity and self-hate.

The resistance of terror is a daily measure for every one pushing back in imperialist white supremacist capitalist heteropatriarchy rooted in violence. The fact that there is Black accomplishment of any sort under the weight of white supremacy is a testament to the resiliency and brilliance of a people. We must and do choose to live a narrative contrary to victimhood. Victimhood is the prerequisite to self- hatred and dependency, political and economic neutralization, and joyless living (Madhubiti 1995). It is essential that we resist the narrative of victimhood because being a victim or living as the object of victimization is the denial of the possibility of being better than what your oppressors think you can. The fear of death for Black people cannot cripple us into a mode of victimhood, not because the purveyors of terror and injustice must be coddled or white fragility acquiesced, rather because victimhood robes us of fundamental personhood.

As traumatizing as recent events may be, we must not surrender to the evil of supremacy and the terror of supremacist torture and execution. Generations are counting on us to overcome evil with good. Once again, we must find in ourselves the courage and strength to confront this American system of dehumanization and disenfranchisement because we love ourselves. The power of the white world is threatened whenever a Black person refuses to accept the white worlds definitions (Baldwin 1993). We must create art, literature, and scholarship. We must march, and demonstrate followed by economic sanctions. We must lift our voices and love ourselves into being. 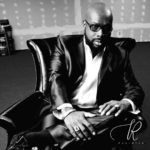 Rt. Rev. Dr. Donalson is the Director of the Doctor of Ministry Program at Seattle University STM, and also Presiding Prelate of Freedom Assemblies Worldwide. His current work is at the intersection of Church, the Academy, Race and Gender Studies.