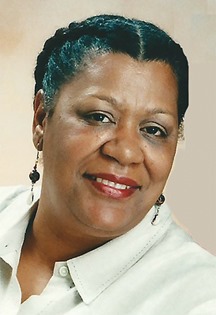 With what is going in our world today, it is sometimes hard to find someone who is giddy with happiness. Lots of long faces these days, divisiveness causing some of us to have an inordinate amount of anxiety and anger being thrown our way from people in our inner and outer circles. Unfortunately it has trickled down, it seems, to our young people.

Almost twenty years ago, during the United Nations International Decade of Non-violence, I helped organize summer camp to teach the lessons of peace. Since that time, there have been several camps throughout the summer in churches and community centers, working with children from elementary school to high school. At that time, we also took a peace camp into a women’s shelter to help children learn skills for addressing the violent abuses they suffered. Now, so many years later, we have given solace and comfort to children whose trauma may not be seen on the outside, but whose scars run deep inside.

Our peace camp’s curriculum is layered with the stories of the lives of peacekeepers, past and present, along with activities that encourage listening and compassion, and give knowledge about justice and fairness. We bring together people of different cultures to share their stories and to work, emphasizing diversity and its beauty in our lives. Children have met individuals like a young man who walked from Houston to Los Angeles to bring attention to homelessness (Noah’s Walk) and put together care packages for the Food Not Bombs program. It was evident these children were not without compassion for the less fortunate. Still, they experienced problems of their own, refusing to give an inch to any slight they felt from another child.

This year, children were having an extra hard time figuring out how to cope with conflict. The rules of peace camp are simple: Be kind. Share. Speak softly. And, definitely don’t pick up that stick. The early part of peace camp witnessed one issue after another, with eruptions of tempers and anger. There was bullying, exacerbated by the complicity of other children who seemed to protect the bully. One child told me, “If they say something to me, I’m going to put these hands on them,” citing that this is what his parent told him to do. And even as we undertook specific discussions on how to handle disputes, working on our language and what we say to one another, there were still outbursts that sometimes derailed a trip or activity.

The challenge in addressing these ongoing disputes and frustrations was a chore. So we made rules, then amendments to the rules, doing what we could to counter fights and arguments, one after another. And, listening to a child trying to explain why he or she responded a certain way didn’t solve the underlying problem insofar as they were being taught at home how hitting back (figuratively, but one or two times literally) was a legitimate way to handle their problems.

For the last three years, we have been holding peace camp at S.H.A.P.E. (Self Help for African People through Education) Community Center, an organization which, after nearly five decades of operation, opened when I was just starting college. The Center is rich in history, with famous and not-so-famous peacemakers walking through its halls. Its core philosophy centers on the premise that “there is no you without me,” and that we are interdependent with one another.

The Institute of Wisdom (the elder’s circle) meets at the Center twice a week, and a decision was made to help these children so that the ‘sun didn’t go down on their wrath’ as the teaching goes.  They were asked to join the founder and director, Deloyd Parker, in preparing of the noon meal for the elders. From start to finish, the kids cut vegetables, prepared the sauce, watched the pot for boiling, and served a delicious vegetarian meal. This exercise in caring for someone else was a reprieve from their conflicts and the children seemed to look forward to those two days. Being appreciated and rewarded with glowing accolades from the elders gave them a sense of purpose.

Over the weeks that followed this twice a week ritual, we saw a wonderful transformation. Doing something good for another person became an outlet for their frustrations and they more willingly accepted and contributed to working on their problems.

There is no one way to get the attention of those who are hurting or frustrated. However, the way to anyone’s heart is for them feel valued, and through that to learn to value themselves and others. When you impact the lives of young people, they do remarkable things in life. The environment children are growing up in today impacts their growth in complex ways.  Children have been the casualty of adult aggression, and they are painfully aware that there is a lack of trust and cooperation taking place in the country and the world. When I talk to children about yesterday’s injustices, they are astute in seeing how the same injustices are still happening today. In some ways they need to be shielded, but they also need to be given space to speak plainly about their fears and receive honest responses to what we is happening in the world.

We know that fear is unhealthy and what I have ascertained is that these children will react with hostility not because they want to, but because they are also afraid. We know that every day is a growing phase Day by day, we must encourage our children to shake off the bad moments, deal with conflict constructively, make amends, and start over.

We cannot just tell children about peace, we must do peace—live it. It is not about being perfect. It is about being present. And, I hold a high bar for myself to always give my best Self to them when I am with them. I understand that the world is going through a growing phase, too. We must continue to shine a light on humanity, and make a grand stand for peace and justice.

Finally, I learned peace at my grandmother’s knee. She was an anchor, bringing me into this world, the first face I saw. She had her own story, being a child who saw much suffering post-slavery, but also raised six children who made a difference in the world. One of them was my mother. Both of these women showed me what it was to help another human being. I didn’t become a nurse like my mother or midwife like my grandmother, but I sure got their gifts of healing. They were women who listened, and I know that children respond to being heard.

Let us be more intentional in our efforts to make peace as much a part of school curriculum as English, math and science. As my grandmother would often remark, “I am a work in progress.” She let us know that she wasn’t everything she should be, or even everything she wanted to be, but she was always better than she was. In that statement comes a renewed sense of purpose that we can all cling to. It is simple. If we want the world to change, we have to be that change. I can “be better.” When I do this, it gives the children around me the choice to do and be better too. All of us can do and be better for one another and definitely for the world. Just maybe, something good is right around the corner when we all become that source of better.

P. K. McCary, Houston artist, educator and social activist works tirelessly to cultivate relationships across racial, gender and cultural aisles. She is the author of nine books, starting with the Black Bible Chronicles series. Her current books out this year are Sam and Henry, A Love Story, and The More: The Source of Better. Mama PK, as she is affectionately called, is the founder of Think Peace International, a communications media network for peace activists. She is a world traveler and believes that when we “PRACTICE” to do better, we GET BETTER.