How do we live together? 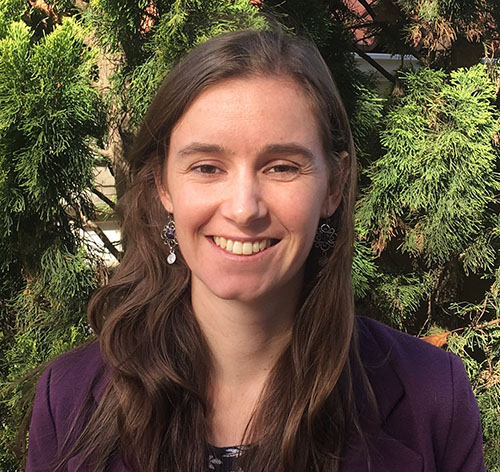 We sat nervously around the table. Having never met before, we started by introducing ourselves with our name and where we were from. In the context of Cape Town, South Africa, saying where you’re from says a lot about your outlook on life, as the spatial geography of the land is tied up with race, class and culture. In this particular circle of eight or so, we represented a relatively mixed variety of spaces, and subsequently were young people of different races, religions and cultures, “Hi I’m Sarah, I live in Rondebosch,” I said.

This was the start of a three-day youth conference titled “(How) do we live together?,”¹ which aimed to address issues of restitution in South Africa; a country where the legacy of Apartheid continues to run deep through the veins of our society, and the work of removing this historical toxicity/pain/trauma seems harder and harder each day. Gathered together as a diverse group of young people, a conversation about restitution was a difficult and sensitive one. Therefore it was important for us to begin by talking about how we were going to have the conversation.

As something which will be familiar to those who frequently move through NGO-community-organising-workshop spaces, we began by drawing up a social contract; a list of agreements that we wanted to practice in our time and conversations together. When I’ve done this in other spaces, this part of a workshop can sometimes feel quite surface level. The word ‘respect’ often comes up first, and everyone generally agrees, but no-one actually unpacks what that might look like or feel like, taking into consideration our different identities and lived experiences.

But this group was different. In sharing what we would like to have in our social contract, there were three things that stood out for me and made it possible for a new level of trust to emerge.

The first was an openness to name the elephant in the room. To make the implicit explicit, and to talk about how this might affect our conversation. We named the power in the space; the fact that there were more white people in our group than people of colour (our group was unusual in this regard compared to other groups). We named the fact that the voices of men in the group had been the first to contribute and that felt uncomfortable. We named the need to be mindful of our language, both the fact that we were speaking English (possibly not everyone’s home language) and the kinds of ‘high-level, academic’ words we might use in a conversation such as this. We were mostly students who had had the opportunity of higher education, and so we needed to recognise how this might exclude some people in our group, as well as limit the experience we brought to the conversation. We wanted to acknowledge that our different intersecting identities meant we were positioned differently to the conversation, and this mattered. We confronted whiteness, patriarchy, and capitalism, naming how they had influenced our lenses and the way we see the world. This was a crucial starting point.

Linked to this was the fact that we were willing to practice the disruption of power. By taking into consideration the first point, we wanted to practice turning the norms of social power upside down and inside out. What this meant was noticing when our voices were dominating the conversation, sensing when it was better to be quiet to allow other voices to be heard, shifting the conversation if we needed to, and breaking down our assumptions. It meant taking responsibility for the social power we held, and being mindful of how this was used.

With these two big ideas in mind, (along with other core ideas such as listening), we set out to have the conversation about restitution and how we live together, but there was something crucial missing. While our conversation seemed cordial and polite, by simply acknowledging the elephants of power and privilege in the room, we were missing an opportunity of true connection and learning. I found myself being almost too cautious around the conversation, tip-toeing around my peers, trying not to say the wrong thing (particularly as a white person) and noticing how the men in the circle were waiting for me as a woman to speak, even if I didn’t want to. When we came together on the second day, there was a collective sense that we wanted to be more real with each other, and not held back by our political-correctness.

So we added a new point to our social contract, which was to have the courage and vulnerability to speak from the heart, whatever this might bring. The process to get to this point was an important, as our first two ideas were absolutely necessary and continued to hold value in our conversation. However, with the addition of this third point, we were able to go deeper, making it real and messy, the way learning should be.

This realness required a solid combination of vulnerability and trust. By no means was it perfect,² but it felt different. And in a way we were modelling the exact question we had come together to discuss; ‘How do we live together’?

For me this is a burning question of our time. Particularly when we think about our different religions, spiritual expressions, and indigenous traditions, cultural values, and political stances, the question of living together is a constant mindfield that requires deep commitment, introspection, and compassion. With so many examples of division and violence around us, we need to draw on the ancient and sacred wisdoms of our traditions which call us to have brave conversations. To sit in uncomfortable circles, name the elephant(s) in the room, practice the dismantling of power, and offer ourselves from the heart.

¹ The ‘How’ in the title question was placed in brackets, to first ask the question, well do we actually live together? And then we can unpack the ‘how’ and whether we are living together ‘well’. Culturally, geographically and socio-economically, Cape Town is still a divided city, and so the reality of the rainbow nation of living together in harmony is not what is experienced on the ground.

²we were a limited number of voices trying to solve a huge question.

Sarah Oliver is the Global Youth Coordinator of the United Religions Initiative, working to connect, inspire and support young people as interfaith activists and peacebuilders around the world. Locally, she runs the Youth Interfaith Intercultural Programme of the Cape Town Interfaith Initiative, and is passionate about creating spaces of trust, dialogue and learning across religious and cultural divides. She is based in Cape Town, South Africa.