Forgiveness in a Shared Identity 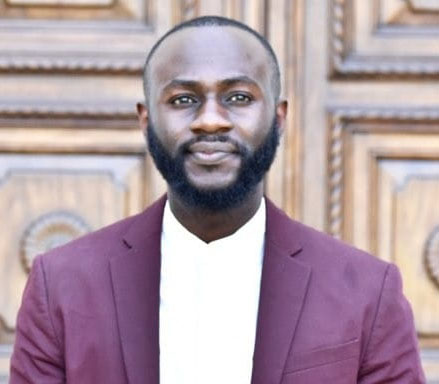 Standing underneath a tree in 1994, Yobe state, Nigeria, I watched as Christians ran. I saw cars set ablaze. A short distance from me I witnessed women slow the advance of Islamic fundamentalists by throwing sticks and stones. Men were standing on rubbles guiding people to safety, yet around me was a small puddle of blood. On this faithful day, I witnessed firsthand the violent clash between Christianity and Islam which plagues the Nigerian country still today.

Belfer Center for Science and International Affairs says “Nigeria is one of the world’s major laboratories for the study of religious-based conflict and reconciliation.”¹ The country presents the best opportunity for understanding how religious ideologies play out and how co-existence can be fostered.

Alexander Thurston, in his well-written book Boko Haram, was able to illuminate many reasons why the terrorist group Boko Haram exist and function as they do in Nigeria. He was able to weave together the ways economic instability and an incompetent governing class contribute to the constant clash among the country’s two main religious groups. One reason he highlights – which the founders of Boko Haram themselves claim to be the reason they take violent action – is the lack of accountability.

Without a proper working government and a proper justice system, numerous heinous crimes have gone unpunished over the years. Boko Haram claims that Muslims have been killed without much reprisal, and for this reason, they must take arm against the government which seems sympathetic to Christians. Boko Haram’s hatred for the West comes from associating the West with Christianity. The West and its democratic style of governance are seen to have a Christian agenda. As a result, Boko Haram is against democracy in Nigeria. They believe the government turning a blind eye to the killing of Muslims is the working of Christianity, an agenda grounded in democracy.

Many Christians, on the other hand, believe they stand as victims in this conflict – victims of much unnecessary violence. For this reason, many young individuals have joined the Nigerian government as part of the Civilian Joint Task Force to kill those they believe are members of Boko Haram.

Personally, the way I healed from the event which transpired in 1994, was to realize that all Nigerians where victims. The inadequacies of the government and the lack of economic strategies and opportunities have created religious division. It has caused individuals to look at each other and their religious differences as the reason for stagnation in the country. I have come to realize that revenge is not the solution, neither is the quest for justice through violence. The solution is to see each other as victims and so to focus our efforts on changing the political climate rather than changing the religious demographics. What Christianity and Islam need in Nigeria is an aggressive move toward forgiveness. Nigerians need to forgive each other for the atrocities committed as a result of a compromised system. In doing so, they would be able to unite as one people for the sake of creating a collective identity for the sake of a united country.

My question in all this is, how long will forgiveness be able to retain peace? Especially in a system where changing the political climate can take years? Also, will forgiveness be sufficient to bring peace about, or are religious fundamentalists simply hiding behind the lack of accountability as an opportunity to create this chaotic climate?

We would never know the answers to these questions without first attempting to nationalize forgiveness.

How does Gago’s piece help you think about the relationship between politics and religion in your own context? Why do you think it’s easier to otherize a certain group rather than see common problems that may even be inciting tensions?

Gago talks about mutual forgiveness as a way to create co-existence and collective identity. In situations where deep harm has occurred, forgiveness can seem difficult. Create a process that could be used to help people work through deep wounds and anger (this is a great group activity) OR find and critique/adapt an existing process.

*One Step Further: Is there a situation in your context that could be improved through such forgiveness work? Take some steps to initiate a conversation around creating a process.

¹ “Why Nigeria Matters to the World.” Belfer Center for Science and International Affairs. Accessed December 28, 2018. https://www.belfercenter.org/publication/why-nigeria-matters-world.

Bullus Gago is a Ph.D. Student at Claremont School of Theology. His area of research is centered on the psychological consequences of systemic oppression on the African people and how it is religion plays a role in the liberation and developmental process of the continent.