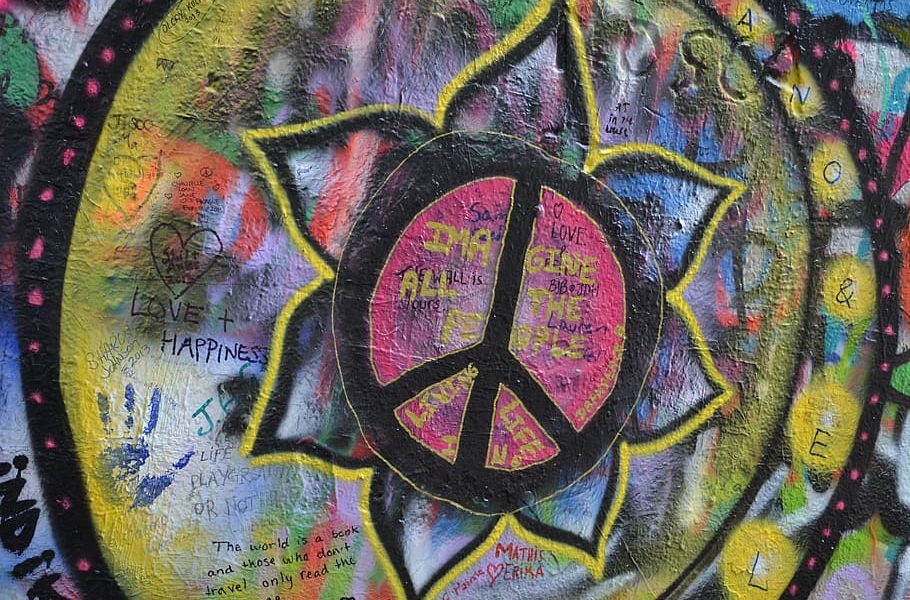 This piece is a revised version of “Envisioning bold solutions for ending war” originally published in the La Crosse Tribune on January 12, 2020.

What if there was a way, or several, to envision ending the war mentality that costs us so many lives, so much suffering and so much money?

Many will say ending humanity’s violent propensity for war is impossible and that I am impractical, unrealistic, but I am a visionary who believes we can imagine what might put us on a path of healing and peace.

The moon landing was an impossible dream, executed successfully by collaboration between political leadership, hundreds of scientists, and many companies. Is pursuing peace really that different? In some ways of course yes, but in others not as much. Lasting peace remains impossible in part because many of us believe it is impossible. If we commit to the idea peace is possible, our imaginations will open farther. Why not a citizen-propelled effort to envision what deep, significant healing looks like? Mass protests only go so far and risk violence; we need concrete ideas for healing ourselves.

There is power in what we can envision and put out to the universe. In April 2017, the North Korean leader displayed huge TV screens of nuclear explosions, aimed for an American city. Now he threatens to test bigger warheads to make that a possibility.

Today, we see conflict rising in the Middle East. After a U.S. drone strike killed Major General Qasem Soleimani, Iran’s most prominent war hero, they, in retaliation, attacked U.S. military forces that rest in the hands of American leaders exhibiting a hawk mentality. Escalation remains uncertain while both sides envision or threaten the unthinkable.

Even negotiations and peace treaties only go so far unless we begin to heal our hearts and minds at deep levels. I have a realistic vision of some events that could produce such far-reaching results. My vision is of course not exhaustive and requires further expansion, but we have to start somewhere, and this is my earnest, heartfelt start.

This vision has to do with harnessing the power of technology and mass communications. We experienced such power when Princess Diana of Wales died some years ago. We were of one, globally connected mind as we watched several days of funeral proceedings.

We have also been of one mind when we’ve seen the tragic consequences of hatred and violence, such as the 9/11 attacks and numerous mass shootings in recent years.

Instead of watching just the sad and the tragic, however, we could create sensational, positive pictures of what it would look like to unleash forces of mass healing.

A foundation, or several, could collect numerous healers from all over the world who would inform us, during a three-day period, about the possibilities for healing the human psyche, including from the trauma of war.

The organizers would gather healers of all types and expertise, such as conflict resolution experts and therapists, to show us that the world is full of healing strategies and resources.

We could then hope, just as the Women’s March of 2017 unleashed the forces to renew democracy, that other healers would step forward in large numbers.

We could make visible the idea that love is the most powerful force in the world via the power of the media. The gathering in all its entirety, from talks, teachings, collective healing sessions, and more, would be fully available and free to everyone through social media and a website. In addition, the gathering would be archived so it can be used throughout time, and subtitles in all different languages would be added so everyone could be touched by these healers’ wisdom.

I have a beginning list of some 30 pioneer healers, authors and leaders. This can easily be expanded if we put our minds together.

These include the International Trauma Healing Institute and the experiences of the Liberian Women’s movement, which stopped a civil war that murdered 250,000 in a country of 3 million.

We could listen and watch such experts as Peter Levine, author of How the Body Releases Trauma and Restores Goodness, or Dr. Bessel Van Der Kolk, author of The Body Keeps the Score, or Judith Lewis Herman, who wrote the groundbreaking work, Trauma and Recovery.

We could hear and see what Edward Tick, author of War and the Soul, says about war causing the soul to flee and that such wounds can be healed.

Highlighting healers and methods would cause others to step forward. We could allocate funds to centers that are doing important work instead of allocating them towards weapons, cages and walls. Many now operate on shoestring budgets, but imagine what they could do with real funding. Entrepreneurial support could also be provided.

There are literally hundreds of thousands of healers, including indigenous and unconventional ones, who are focused on healing mind, heart, body and spirit.

These could include those such as Claude Anshin Thomas, an American Buddhist monk who participated in Vietnam violence, then unpeeled the layers of self trained into him by a warrior family. He founded an international organization dedicated to healing and peace.

And there are so many more.

Envision gathering these for an inspiring, multi-dimensional, extended, global, healing extravaganza. Our hearts would soar.

Mine is a bold solution for ending war. Are there others? What would yours be? We are in desperate need. Who will help these visions become a reality?

How would you build off the vision Holstein described? What could such an event look like concretely? What next steps are necessary to make it a reality?

Do you believe absolute peace is possible? If so, what is necessary to eliminate all forms of violence? If not, what about humans or the world leads you to this conclusion? What state of peace can we reach and how do we get there? 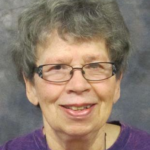 Alice Holstein, Ed.D., is an elder in La Crosse WI, USA who is an author, speaker, spiritual director and visionary. She brings her diverse life experiences to the belief that we can significantly curb our war mentality by healing ourselves from within and without. In the late 60s, she was the first woman United States Air Force officer to run a nuclear mission B-52 combat intelligence shop and the first woman briefing officer sent overseas with the B-52’s for Vietnam operations.

After the service she earned a doctorate in Organization Development, then built a successful consulting practice along with teaching college courses. She authored a manual on participative systems change and a book on deep personal growth.

In her early 50s she was diagnosed with a serious illness that created 12 years of hardship and suffering. This caused her to seek an array of healing methods, many of them alternative in nature. At age 65, she returned to work as a Peer Support Specialist with the Department of Veterans Affairs (VA) in a mental health clinic in La Crosse. There she found herself serving again, using her own lived experience to help  veterans heal. She also became a public speaker and received several awards for bringing mental illness to the forefront. She is the author of a book, Tough Grace, which proposes mental illness as a journey of the highest esteem and honor—a spiritual path of lessons and gifts.

Currently Alice provides spiritual direction, serves on several boards and writes essays and opinion editorials. She claims her elder years as some of the best of her life. Her website, www.aliceholstein.net, is rich with information about healing mental illness and societal change.