A Fight for Structural Reforms Rooted in a Christian Progressive Tradition: The 2020 Presidential Race 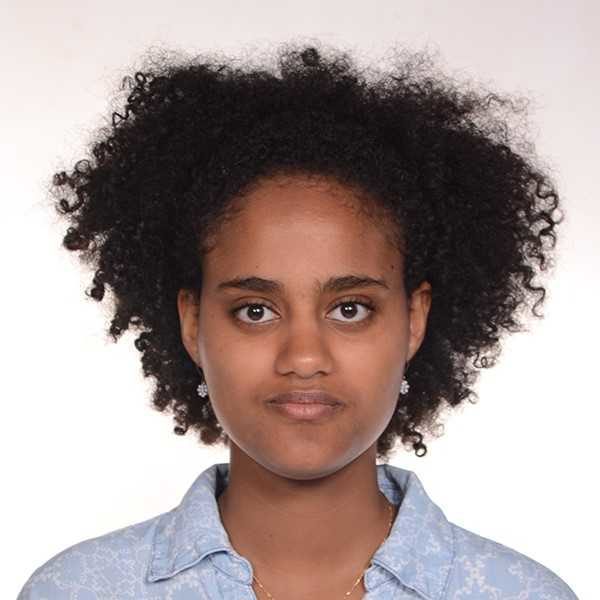 I do not recall politics and political engagement ever being discussed when I was growing up in the Ethiopian Catholic Church. In fact, it was more or less discouraged. However, while attending a Benedictine liberal arts college in Minnesota, I quickly became fascinated by the nuns on campus who strongly advocated for social justice. The prospect of not having to compartmentalize my inner activist – my hunger for justice in the here and now – and my spiritual life was energizing. While taking my first theology class at St. Ben’s, I was introduced to the concept of the Eucharist as a radically equalizing ritual. A year later, I sat in a meeting in my capacity as a student interfaith leader, discussing how the Sikh tradition of sitting on the floor at the Gurduwara was meant in part to remind community members about their inherent equality as human beings. The following year, in my Hindu-Christian comparative theology class, my final assignment was literally to come up with a non-violent campaign that was inspired by Gandhi and Martin Luther King Jr. And as a senior, I studied the connection between the liberation theology movement – which emerged in Latin America as a response to an oppressive colonial rule – and womanist, queer and green theologies.

Hence, I was not as surprised when 2020 Democratic Presidential candidate Pete Buttigieg emerged on the scene, claiming to be a progressive deeply rooted in his faith. At a time when the loudest religious voices in American politics have mostly come from the conservative side, or even the far-right, many are skeptical of religion in politics altogether. When asked how he would respond to the perception of religion as exclusionary, he discussed how his interpretation of scripture compelled him to stand in solidarity with, and fight for, the most vulnerable in society (The Ellen Show, 2019). Indeed, he speaks very intentionally about the task of working towards economic and racial justice by breaking down the structural barriers that low-income and people of color face. Explaining the rationale for his Douglass Plan he writes, “replacing racist policies with neutral ones will not be enough to deliver equality. We must actively work to reverse these harms, which is why I propose that we invest in equity with a plan as bold as the Marshall Plan that rebuilt Europe after World War II” (Charleston Chronicle, 2019).

His ideas will sound familiar to those who have studied liberation theology. While traditional Christianity upheld the status quo by emphasizing rewards in the afterlife, liberation theology became centered around the Living God, who is concerned with the people’s suffering on earth and walks alongside them in the here and now. This perspective holds that neutrality is unacceptable and that a conscious “preferential option for the poor” is paramount in the work of creating a just kin-dom of God. The logic is that, God, being a loving creator, would devote more attention to the most beaten down of God’s creation, just as a mother nursing a sick child would devote most of her attention to this child as opposed to her healthy children. When asked by a reporter if his Douglass plan would actually be creating inequality by specifically targeting African Americans, Buttigieg countered, “what I’m advocating is if something has been stolen, it ought to be given back… that is not imposing inequality, it is restoring justice” (Parrott & South Bend Tribune, 2019).

It is clear that Buttigieg has taken this mandate of a preferential option for the poor seriously in his capacity as mayor as well. South Bend is not unlike several rust belt cities such as Flint, Detroit, and Pittsburg (JasonSzegedi, 2019) where post-industrial decline in the region has disproportionately affected black communities by exasperating decades of systematic economic and social exclusion. If Buttigieg had ever been blind to that fact that his efforts to turn his city’s trajectory around were not benefiting black and brown communities in the same way, he did not remain oblivious to it for very long. He proactively asked an advocacy group to conduct a study on racial wealth inequality (Prosperity Now, 2017) and began to take more targeted and aggressive steps towards equitable procurement at least as early as 2016 (WSBT-TV, 2016; Office of Diversity and Inclusion, 2017; Eydea Studio, 2019). He created a position for a Diversity and Inclusion Officer as well as an Engagement and Economic Empowerment Director.

By empowering such city officials and the community at large, the administration has been able to address areas ranging from implicit bias and microaggressions within the police department to improving access to opportunity and training for black and other minority owned businesses. The city has also collaborated with outside organizations to facilitate undocumented immigrants’ access to privately run identification cards, which would enable them to obtain health and financial services (amongst other things). Other initiatives have been aimed at engaging and empowering youth in order to address issues ranging from gun violence to the diversity of the police force (City of South Bend, 2019; JS., 2019). The list goes on, but what is important to note is that the policies Buttigieg continues to propose throughout the 2020 campaign – be it the Walker-Lewis plan or the New Call to Service – are rooted in lessons he has learnt from the success and failures of his policies in South Bend.

Beyond policies that are aimed at atoning for America’s structural sin, Buttigieg also appreciates the role of the personal and the interpersonal in this process. From a hoodie march for Trevor Martin in his city in 2012 (Good Guy Pete, 2019) to a Houston Airport protest opposing the Muslim Ban in 2017 (Pete Buttigieg 2020, 2019), from the Poor People’s Campaign’s fight against moral corruption (Jenkins, 2019) to McDonald worker’s march for better wages (Koenig, 2019), Butigieg understands the symbolic significance of a public leader physically showing up to spaces where marginalized communities are empowered. He does not even shy away from events that are clearly intended to protest his own administration and leadership (Turman, 2019) because he recognizes that the original sin of institutionalized racism – upon which the nation was founded – continues to underlie the relationship between communities of color and the government (Buttigieg, 2019). He gets that the seemingly insurmountable work of dismantling oppressive systems through policy, needs to be coupled with the nourishment that comes from being reminded of our deep interconnectedness as part of the colorful mosaic of the human family.

That is why, after witnessing how the killing of a black man, Eric Logan, by a white police officer was tearing his community apart, he tearfully expressed his anguish, “it is my city and I have a relationship with everybody in this city” (Turman, 2019). As a queer person, who also benefits from white male privilege (The Daily Show, 2019), he leans on his own experiences of otherness to empathize with those whose experiences of marginalization he will never truly understand, because he recognizes the power that emerges from standing up for one another (CNN, 2019). That is what radical kinship looks like, “we imagine, with God, [the] circle of compassion. Then we imagine no one standing outside of that circle, moving ourselves closer to the margins so that the margins themselves will be erased. We stand there with those whose dignity has been denied” (P. 190, Boyle, 2010).

It is in this context that I, a progressive African woman, have become frustrated with the media coverage of Eric Logan’s death and other issues of race in the 2020 presidential race. A few weeks ago, many held their breath waiting to find a moment that would show Pete Buttigieg to be either the hero or the villain. Some went as far as suggesting that he was a defender of white supremacy based on brief clips that were taken out of context. Just two weeks later, when a video of him standing up to a racist comment went viral many rushed to exalt him as a courageous politician. But, all this sensationalized drama and short attention span misses the point! Reverend Jesse Jackson, an influential leader within the black political sphere made a similar observation about the media coverage of the events, asserting that the heart of the matter is that throughout American history policies have oppressed generations of Black Americans (Ruthhart, 2019). The challenge of persistent racial oppression and inequality is not going to be solved in brief moments in the spotlight. It will require a tireless dismantling of structural racism once the cameras are turned off and the election cycle has passed.

I believe that voters have the obligation to look beyond the sensational headlines and to scrutinize candidates’ records and policies. The most radical feature of liberation theology is its perspective on sin. It shifts the focus away from the individual to the structural. By failing to transform systems of oppression, Christians and the Church as a whole fail to live according to the example of Jesus, who lived in the margins and challenged oppressive systems. Whether you identify with a faith tradition or have a spiritual practice that inspires your commitment to justice or whether your commitment simply stems from your belief in basic human rights, the question you should be asking is What are the implications of this campaign, these policies and these actions for me and my neighbors decades from now? Thankfully, the 2020 race features many competent women and men with bold visions for a fairer America; I hope that Americans will continue to challenge each of them to stay grounded in this collective journey toward justice.

Rediet Negede Lewi was born in Ethiopia and spent the later part of her childhood in Tanzania. She recently graduated with BA in Psychology and a minor in Theology from the College of Saint Benedict in central Minnesota. She is now preparing to start her MA in Medical Anthropology at the School of Oriental and African Studies in London. Rediet is passionate about interfaith engagement and a practical theology that is inspired by theologies of liberation. Among other discussions of how religious worldviews are manifested in social life, Rediet is particularly interested in how religion influences people’s attitudes and approaches toward common mental health struggles such as depression and anxiety.

CNN. (2019, June 29). Mayor Pete Buttigieg: America is due for a reckoning. Retrieved from https://www.youtube.com/watch?v=sHyx0iBvJjs

The Daily Show with Trevor Noah. (2019, May 02). How much does white male privilege decide which candidates matter? Retrieved July 09, 2019, from https://www.youtube.com/watch?v=45tMd0gvBZE

J.S. (2019, June 28). A comprehensive list of South Bend’s efforts towards racial justice and equity under Pete Buttigieg. Retrieved from https://medium.com/@JS_M/a-comprehensive-list-of-pete-buttigiegs-efforts-to-promote-racial-justice-and-equity-in-south-bend-f36195648f04