Religica - Who Are You? 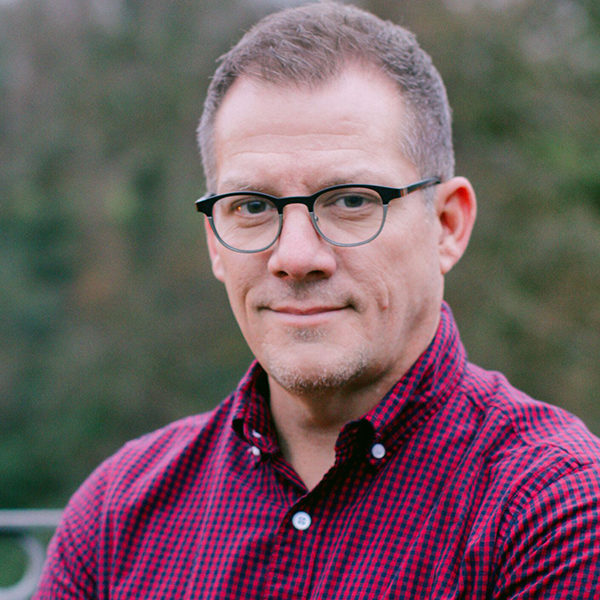 As an ordained pastor in The United Methodist Church, I am today a pastor without a pulpit. I serve in a judicatory role, covering the Greater Northwest Episcopal Area, which includes ministries across Alaska, Idaho, Oregon, Washington, and even a small part of Canada. This means that while I lack a pulpit, I nevertheless have a platform from which to be heard. As a white male, I am trying to figure out how to appropriately leverage my privilege and platform to cultivate change within a predominantly white church. Thankfully, I am not alone in this work, as I get to collaborate and co-create with a diverse team, who offer voices and perspectives that allow for our work to have more depth and resonance with a broader constituency.

Many of our churches find themselves estranged from their wider communities. They have perfected programs and ministry “for” and “to” the people outside their walls, while employing attractional strategies in a feeble attempt to grow their numbers (residue from the CGM). This problem presents us a unique opportunity to help our churches, pastors, and lay members re-engage their communities to work “with” others for the common good of their neighborhoods. This work is built on deep listening and creating space for new voices to have agency in a new movement.

Have you ever found yourself staring into the mirror asking yourself the question, “Who are you?” It is a slight variation of its counterpart, “Who Am I?” because it arrives from a divergent perspective. Sometimes these kind of mirror moments unfold when something is unsettled in our lives. And within today’s political climate, wrapped in the cloak of “alternative facts” and “fake news,” it’s hard not to ask this question of a wider context: Who have we become?

This kind of pondering rises up in me as I consider  the idea of identity formation. Specifically, Christian identity formation in American consumer iCulture. You know, where American Jesus represents power that is welded for personal, corporate, and institutional profit.

For me, the “who are you?” question calls me beyond myself, to chart a specific course in the world today. I’m still trying to figure out what that looks like. However, while my question is very personal, it is also directed at Christianity and the church.

What is the Church’s responsibility in our current political climate?

Some Christians/churches have jumped on the Trump train — “All aboard! Ha ha ha ha ha ha haaaa!”* Just so we are clear, that emphatically does not represent the church I want to be apart of. I still believe that the church has something to offer the world — something significant to say and do. We’ve forgotten who we are and what we are suppose to be doing. As a second career pastor, my spiritual journey affords me a unique point of view from which to critique the church. And I believe we have got to start listening to other voices from the margins — voices not often given space to co-create and innovate.

I find it ironic that Jesus — the Middle Eastern, person of color, who would likely be profiled as a terrorist in our country today Jesus (not American Jesus) — walked away from the centers of power and started a movement at the margins. He did this with the most unlikely people, to change the world; to alter the circumstances of people’s lives. The church in America, in dominant culture, has been all about insiders, affinity, and hoarding power, rather than co-creating with outside voices that speak out for justice, equality, racial reconciliation, and change that matters.

When I answer the question, “Who are you?” I must consider, as a white male, that I am part of the problem. I have benefited greatly from my privilege. Consequently, I have to decide how I will now leverage that privilege appropriately for good. How will I work to create space for people of color and marginalized voices, by giving up my seat at the table? How will I become more self-aware and culturally competent in a nation that thinks it has to be made great again by aligning with white nationalism?

In general, dominant culture shaped American Christianity, based on Donald McGavran’s Church Growth Movement (CGM) of the early 1960s. Ironically, it was birthed in the Pacific Northwest, today known as the “None Zone.” The premise of the CGM was that in the struggle for Christian identity, and the overall Christian movement, the biases and prejudices of people should be leveraged to cajole them into like-minded, comfortable groups.

McGaran expressed his theory on the sociological implication of Christian community development by stating, “[People] like to become Christian without even crossing racial, linguistic or class barriers… It has been found that where cultural obstacles are recognized and new converts nurtured in churches of their own culture, the evangelistic efforts are far more effective.”** An Empire has been built on these strategies, firmly planted on a history of Colonization. And in this container white privilege centralizes power and shapes the playing field.

This is not what Jesus was up to, and Jesus wasn’t even white.

Clearly, my beloved United Methodist Church has lost its identity. While it has been in decline almost since its formation in 1968, it now has a damaged brand resulting from recent decisions at our global gathering of General Conference in February. At this special called session of the General Church, the denomination doubled down on its position to oppress our LGBTQIA siblings. This has elevated a decades-long fight for full inclusion and almost certainly set the church on a course for schism.

When I look in the mirror, amid the craziness and chaos that feels like my world is being ripped apart, I want to know what I am going to do about it. And in many ways, that scares the hell out of me. As for me and my context, I long for us to get back to our roots and align ourselves with the radical Jesus that would challenge us to become trouble-makers again. That work begins by facing the change that needs to first take place deep inside of me.

Now it’s your turn. Who are you?

**Martyn Percy, “How to Win Congregations and Influence Them: An Anatomy of the Church Growth Movement,” Modern Churchman, 34 (1992): 25.

Rev. William D. Gibson, DMin, is an innovator, cultural geek and theological entrepreneur. He serves as the Director of Innovation for a New Church and Team Leader of the Innovation & Vitality Team of the Greater Northwest Area of The United Methodist Church, the largest geographic episcopal area in the United States. Focusing on new leadership, new places, and new people, he works with community leaders and United Methodists in Alaska, Idaho, Oregon, and Washington, as well as small parts of Canada. William also serves in an adjunct role as a dissertation advisor and second reader for doctoral candidates at Portland Seminary. He lives in Seattle, Washington.