Christians “most persecuted” religious in the world, according to UK report 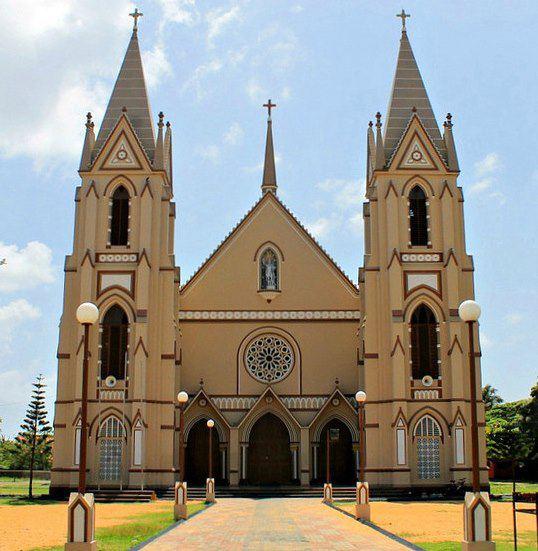 Christians are the most persecuted among the religious in the world, according to a hard hitting new report commissioned by the British government.

The interim report, which claims that some Christians have suffered genocide under the UN definition of the word, was published on the heels of an annual report that identifies persecution and lack of freedoms affecting virtually all major religious groups in different parts of the world.

Right Rev, Philip Mountstephen, the Bishop of Truro in the south west of England, was asked at Christmas to draw up the report, which was planned to be published around Easter.

Then came the massacres in Sri Lanka, the Bishop noted in his introduction, adding that the “sad fact is that this report will be out of date even by the time that it is published.”

The report is remarkably stark in its language, arguing the main impact of “genocidal acts against Christians is exodus” and that Christianity faced being “wiped out” from parts of the Middle East.

It points to figures – for instance, the number of Christians in Iraq has fallen from 1,5 million before 2003 to less than 120,000 today.

“Evidence shows not only the geographic spread of anti-Christian persecution, but also its increasing severity,” the Bishop wrote.

British Foreign Secretary Jeremy Hunt, who asked the Bishop to carry out the task and is an Anglican, said he believed governments were “asleep” over the persecution of Christians but that the Sri Lanka attacks and the report have “woken everyone up with an enormous shock,” according to a report by the BBC.

Hunt also suggested there may be a link between the failure to talk adequately about the persecution of Christians and the religion’s deep connections with colonial powers.

While the report did cite studies by Pew Research, the independent fact tank, Bishop Mountstephen also cited a number of groups dedicated to tracking and highlighting the persecution of Christians, and are heavily religious themselves, including the international Open Doors organization

Pew states that “Christians have been harassed in more countries than any other religious group and have suffered harassment in many of the heavily Muslim countries of the Middle East and North Africa.

The report was published following one released earlier this week by the United States Commission on International Religious Freedom (USCIRF), which tracks both the freedom to practice, and persecution for doing so.

The USCIRF names those countries described as the “worst violators of religious freedom” in the top tier, with other states and non-state actors listed in other tiers.

“In addition to insights on religious freedom conditions in these 28 countries, the Annual Report provides actionable policy recommendations for the [US] Congress and the Administration to help improve conditions abroad where people are being persecuted for their religion or belief,” said USCIRF Chair Tenzin Dorjee.

He added, “Our goal is not only to call out the offenders, but to provide concrete actions for the U.S. government to take in working with these countries to get off our lists.”

The 12 countries on USCIRF’s Tier 2 list are Afghanistan, Azerbaijan, Bahrain, Cuba, Egypt, India, Indonesia, Iraq, Kazakhstan, Laos, Malaysia, and Turkey. They are accused of two of three of those “systematic, ongoing, egregious violations.”