As battle is joined over Bears Ears border, tribal leader speaks of fencing in the flow of spirits across a vast, ancient land 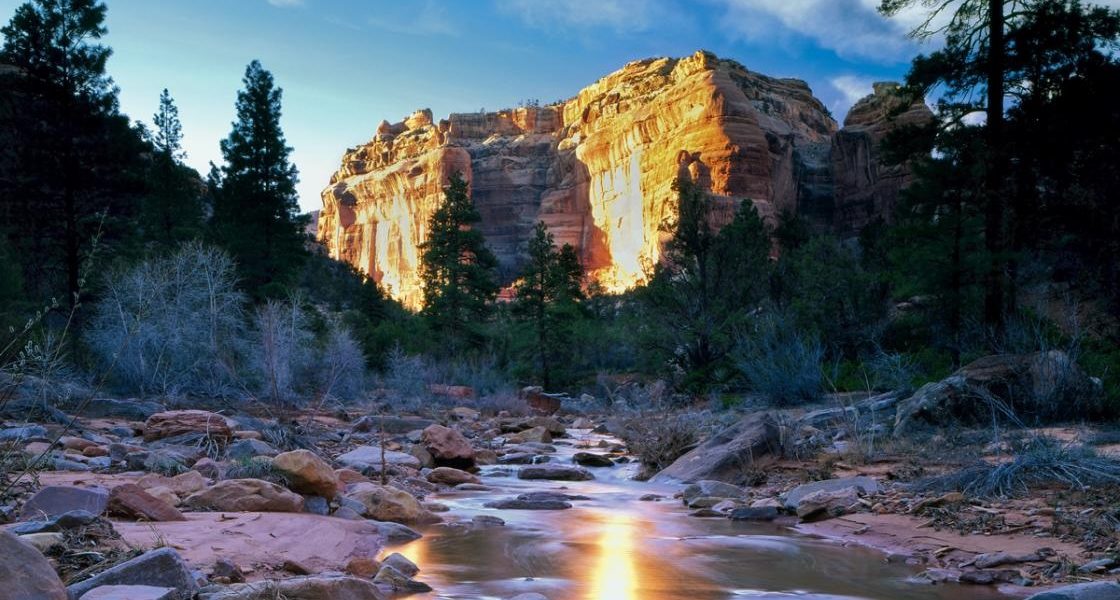 Battle is now joined, at the grassroots level and in the courts, over the future of two large tracts of land spread across southern Utah.

Five First Nation tribes of the south west – the Hopi, Zuni, Navajo, Mountain Ute, and Uintah and Ouray Ute – combined to support the designation of parts of Bears Ears as a National Monument.

President Barack Obama did so in December 2016, announcing the designation of 1.3 million acres of Bears Ears.

This was reduced by President Donald Trump to just over 200,000 acres in 2017, a move applauded by many within the Utah political establishment, and some tribal members concerned about access to resources, including to wood. At the same time, Trump also slashed the acreage of nearby Grand Staircase-Escalante National Monument, designated by President Bill Clinton in 1996.

Significantly, in February, the San Juan County Commission, where Bears Ears is situated, reversed its earlier opposition to the designation of Bears Ears and now condemns its shrinking.

Bears Ears is home to some 100,000 ancient architecturally significant sites, many of them sacred within the Pueblo religion, or more accurately the people’s cosmology, which is nothing less than their place in the universe.

That picture stretches across all the south west, well into Mexico, across time, through the waters, and over the land. On this canvas, there is no New Mexico, Arizona, Utah, or borders of a kind that coincide with the rigor of nation states.

“Many of our indigenous people and many of our US peoples think that the territory stops at the US border,” Edward Wemytewa, a former member of the Zuni Tribal Council, told Religica.

But Wemytewa speaks of both the Pueblo cosmology and Mayan rules believing water and the land being imbued by their own spirit that can hardly be contained by borders, or even the earth itself.

“Thinking in terms of protecting a broader area, the reason why there is spiritual significance is found when you talk with a person who has an understanding of the Pueblo cosmology or Mayan rules, the water has its own spirit.”

Wemytewa remembers listening to an elder, speaking in the Zuni language, as he described why it is important to “acknowledge the spirit of water, the spirit of place, the migration stories speak of specific places, but also of time, ancestral sites, and contacting Zuni heaven, about death and renewal of ancestors spirits raised to Zuni heaven.”

The tribes, of course, are now hemmed in by what they for generations believe to be the most insidious borders, those around the reservations they live in.

But, says Wemytewa, that is not enough, for well-financed mineral interests want to continue to exploit even the vastly reduced land that they were forced to live within. He is a veteran of previous fights for the rights of the indigenous, many against mining interests, which are often allied with the government.

One of the longest running fights, dating back to the eighties but which lasted into the early 2000s, was over the Zuni Salt Lake. The lake is considered by the pueblo as a scared being, is also a pilgrimage site for other tribes, and is considered one of the holiest or sacred sites.

An electricity company planned on building a coal strip mine some 12 miles from the ‘Old Salt Mother.’ The plan included a proposal to lay a railway track that would cross pilgrimage trails, burial sites, and other sacred spaces.

But, arguably more importantly, the company aimed to pump water out of the earth in order to dampen coal dust, drawing from underground aquifers that supply the lake and springs that dot the area. Besides the clear infraction of sacred indigenous sensibility, many feared that over time the lake would literally dry up.

And they did win, mostly, as the mine was never built, but it took years of litigation, drained money and resources, and some spirit. Wemytewa also hints at splits within, and between, the tribes.

It may be a sacred being and a pilgrimage site to ancient peoples, but the Zuni did not receive any support from any other religious groupings in the country, according to Wemytewa.

In a shorthand way, as if it almost did not occur to him, Wemytewa says, “I do not recall us getting support from other religious groups. We did receive support from the Center for Biological Diversity, Sierra Club, and the 7th Generation.” The 7th Generation Fund is a national First Nations support and advocacy organization.

He adds, “I do not recall any other faith-based religious-based organizations financially or otherwise supporting.”

While the epic battles over the Salt Lake, and now Bears Ears, generate headlines, the former tribal leader argues that there are some other sites that receive little attention, where there is little access, and where trails are cut up like checker boards.

“In order to litigate in the courts, it takes forever and requires money,” he notes, adding that there is also a divide-and-conquer strategy as tribes are separated in litigation, or eased into arbitration.

The decision to slash so much of the acreage of a National Monument, as is the case with Bears Park, is unprecedented since the 1906 Antiquities Act first established that archaeological sites on public lands were public resources.

No monument has been shrunk by as much, or with such lack of consultation. Under the law, Trump was not able to entirely scrub the monument via an executive order.

It took many months, if not years, before Bears Ears was designated, and even then, the Obama administration excluded 550,000 acres that the tribes wanted within its borders, former Interior Secretary Sally Jewell told the Salt Lake Tribune.

The Salt Lake Tribune noted in May 2017 that Ryan Zinke, then Secretary of the Interior to the Trump administration, visited and “met mostly with monument foes behind closed doors and did not tour any sites that later were removed from the monument.” Multiple reports record that officials from the Department of the Interior met with companies linked to mineral interests (particularly uranium), one Canadian company that has more than 300 claims, and a processing mill that is located close to the previous borders of the monument.

While the lawsuits continue, the U.S. House may start investigating what some believe to be one of the driving forces behind the decision to slash acreage, along with the ideological positions on fencing off for conservation taken by some in Utah.

“This [U.S.] administration is making decisions based on the oil and gas industries, which have direct dialogue with the government when we do not have a say so… they do what they want and we are not part of the conversation,” says Wemytewa.