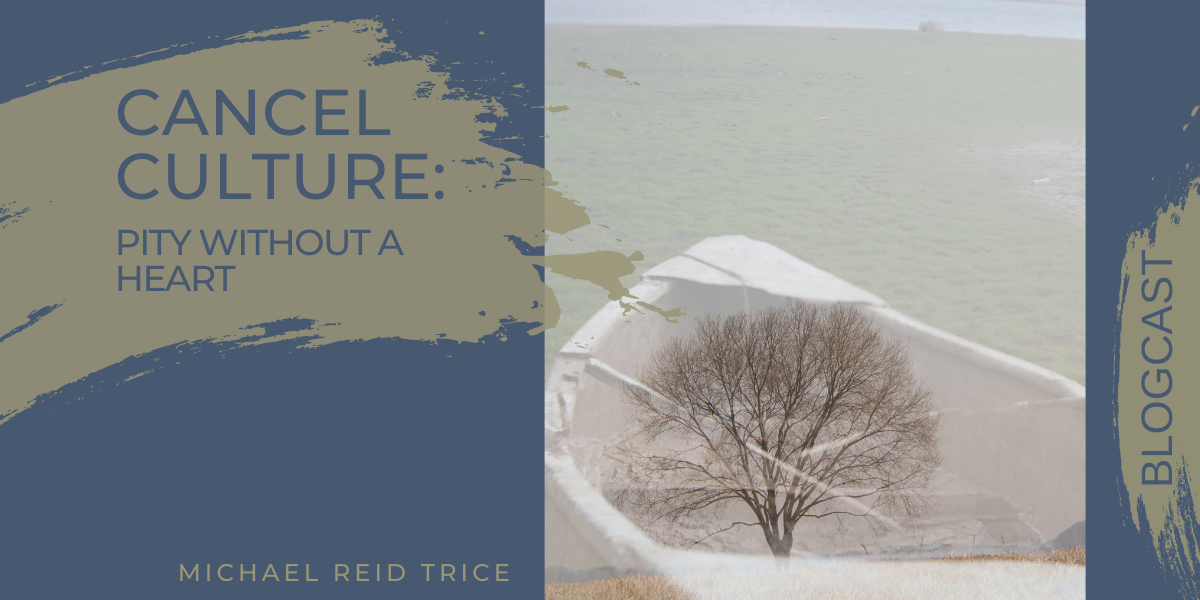 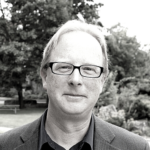 Michael Reid Trice is Founder of Religica, the Spehar-Halligan Associate Professor for Constructive Theology, and serves as the Director of the Center for Religious Wisdom & World Affairs at the School of Theology and Ministry at Seattle University.  Michael spends his time at home today … because we’re in a pandemic! He serves on national and international boards, publishes in his guilds, and hikes with his wife, daughter, and their 100-pound Hovawart when he isn’t on a zoom call.

I think about sunlight pouring through the canopy of trees, and the advance of human beings into grassy plains.  From that time to now, we have learned how to hold one another close and we’ve gotten really good at canceling one another or casting out, too.

When I was in high school in my hometown of Albuquerque, New Mexico, I remember leaning over a shelf of plexiglass at the Museum.  Underneath that glass rested some of the earliest burial gifts in the graves of human beings, revealing how much this particular individual in this specific tomb is valued.

The items around those remains reveal this person was loved.  I remember also learning how the memory of the shunned and banned, are more often not in that grave, with its rich symbols of valuation.

The anthropologist at the museum told us that, as a species, the long history of removing pollution from our midst and placing it on the other side of the river from the living, is in fact how most graveyards were first constructed in local communities around the world.  The “us and them.”  The living and the dead.  The ones with the grave goods, and the ones who have no graves at all.

But we know today that we live in a time where we want to know more about the graves that don’t exist, of peoples and lives long forgotten, written out of history, paved over with the victorious triumphs of the powerful who write history in their wake.

In many ways, cancel culture is nothing new.  More than call-out culture, I’m experiencing cancel culture today as that next step, like the difference between simply shunning someone and banning their influence outright.

The best of my religious tradition tells me to seek a life of personal and societal transformation, and to seek relationships and reconciliation given the pains of daily life; And yet religion can also be abused because I know of other times where Christians have canceled others and justified it as God’s divine will.  In the history of the Christian experience, the very texts that guided my life have also been used to harm and kill with impunity.

And that’s one thing that canceling does – it affixes a label of pity upon others, and it recruits society to do the same; it thereby revokes our moral obligation to love.  Pity is never the same as love because it sees you as an object, whereas love invites you as a subject.

Whereas love is the well-spring of all solidarity and justice, pity is an injustice parading as understanding that dismisses solidarity by superimposing sorrow and disgust upon the subject, without naming either.

In a cancel culture – shame and pity are closely aligned because both seek to unfasten our moral obligation to one another and then sneak away.

How do I refute being on the receiving end of someone else’s cancellation?  I reclaim the power of love and revoke pity.  I love my father.  I love my mother.  Truth … Right there.

Some years ago, I worked in the Death Penalty Appellate cases of North Carolina Central Prison seeking to undo the pending executions of others so that they would receive Life in Prison, rather than be executed.   Even there, when families are facing the ultimate cancellation through execution, love has a way– certainly in the face of death – of seeking us to respond.

Cancel culture reminds me of sibling rivalries in a family.  And every religious tradition I know of provides some story of sibling rivalry gone terribly wrong.  At this moment the story of Cain and Abel in the Hebrew Scriptures, comes to mind.  In that narrative, Cain kills his brother Abel and buries him in the yard.  God comes along and asks Cain four questions.  Cain remains silent.  Never saying a word. Abel’s name actually means something like – vapor – his name foreshadows his future cancellation.  Anyway, God never asks rhetorical questions.

Cain remains silent, with a furrowed brow and reddened face.  God finally leans in and says to Cain that he can hear his brother Abel’s blood crying from the ground.  God names it.  And, we as readers, interpret that Cain is furious with his brother and kills Abel.  The text doesn’t tell us that Cain is angry.  We infer it.  This story tells us more about what anger does to us, and how we project it onto Cain.

In a cancel culture, in a world where my religion asks me to see others around me as closer than actual siblings, I have to come to terms with how to love without resorting to killing the relationships, the conversations, my access to the issues, and other people I don’t really know.

I have to engage others without burying them.  Love steeped in solidarity is the response I’ll make because canceling others ends up making me feel like I’m in the grave.

And solidarity in love, seeking justice as in my tradition, means that I also will stand up to those forces that would cancel others, against the systems that normativize murder and systemic cruelties too.

And, at last – when I remember the feeling of being canceled in my own life, a new life takes root in me.  It begins small, in the mulch of existence where wisdom begins, and finally bends to the light like a blade of grass.  It seeks the warmth of the sun.  That gift is the new life of listening, of listening to the stories of others around me, to their beauty and tenacity, and triumphs over the graves.  I never resort to pity, which is a form of love without a heart.  Listening arrives.  The art of listening.  And then …. I do that.