True Encounters with the “Other” 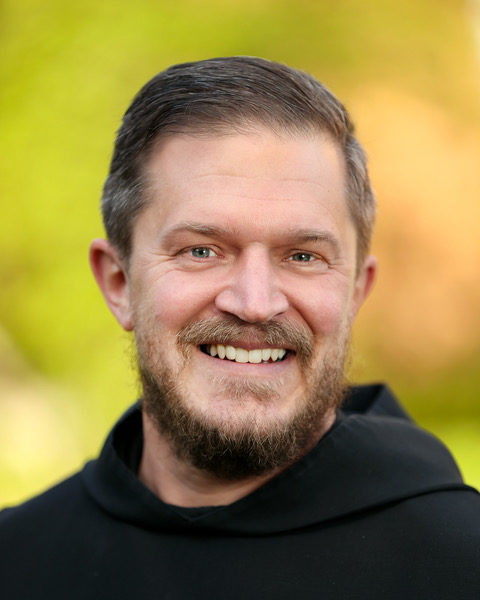 This conversation took place in Saint Cloud, MN, at a dialogue gathering of local Christians and Muslims. A Muslim woman and I were at the front door greeting people as they entered. About 175 people attended. We had three panelists speaking about what it meant to be a Christian and a Muslim in the local area. The content was not academic, but rather, based on human stories and experiences. At the end of the meeting, time was given for questions and responses. I thought that the meeting was very healthy, very helpful. But I was still bothered by that man at the front door who said to me concerning the Muslims present, “They’re all going to hell. They only have evil to offer you. You call yourself a priest?!” I did tell him that this very meeting was approved by our bishop. In fact, the bishop asked our dialogue group to organize similar gatherings in the future at local parishes in the diocese.

Can dialogue and religious conviction go together? Can encountering the other and religious certainty go together? As Brené Brown has commented, “We make everything that’s uncertain certain. Religion has gone from a belief in faith and mystery to certainty. I’m right, you’re wrong. Shut up. That’s it. Just certain.” There are not even the very necessary and difficult questions we need to ask one another. Dialogue and conviction can go together when, in humility, I witness to my faith, my convictions, my experience of God to that other person in whose face I already see the face of God! Many religious traditions promote that we encounter God, the sacred, in the encounter of persons.

Encountering other people, phew! When I meet another, even when I pray for or with another, I also receive and pray for a person, an individual, with her or his own joys, struggles, and stories. Honor that. Each person in dialogue who starts with their own identity and opens, with a certain amount of risk, to the other.

One thing that enables our dividing lines to be crossed is food, and I’m eternally grateful for the power it holds. About half way through the meeting, we took a break – which I honestly thought was the best part of the meeting. A whole feast was supplied by the Somali Café in town. There were pans and pans of wonderful, spicy food and an abundance of rice. Cookies too, baked the night before by loving Christians and Muslims! Most everyone was eating together. I found it a bit ironic that the angry man I spoke of earlier seemed to have piled his plate the highest. Tension turned to laughter and hearty conversation. People conversed with one another as, well…just people. And I thought, “This is a brief and real vision of the heavenly banquet where all God’s people are invited.” Was that thought naive? Perhaps. All I know is that something good happened that day. Strangers became neighbors.

One of my spiritual heroes is Father Christian de Chergé, +1996. He and his monastic community lived in Algeria and were committed to living in a way that challenged them to keep a balance between proclamation of their own faith and dialogue with other religious traditions. He writes, “Community is possible only among those who are open to the contemplation of the wonders of God hidden in each person, signs of the One God written upon our faces [so as to see the] many differences promised to the communion of saints, even if, necessarily, for a little while these things are difficult for us to see.”

Difficult encounters can happen to us unexpectedly. I remember a time back at my monastery in South Dakota, where at about 9:00 PM, an angry man – a stranger you could say – was yelling and swearing up a storm around our kitchen area. He came in through the back door which was never locked. I didn’t know what to do – call the police or run? I froze. One my brother monks walked around me, came up to the man and asked simply, “I’m Father Tom, are you hungry?” The man said from deep within, “Yes, I’m hungry.” Both then went into the kitchen, grabbed some leftovers, and ate together. Later, I saw them, and the angry man was laughing, “Oh, thanks father I needed that!” And Father Tom said, “I needed that too!” Now that’s mutual hospitality!

Hospitality is at the heart of what it means to be truly human. The Golden Rule, right? Do unto others as you would have them do unto you. Love your neighbor as yourself. Love, love will keep us together. Practical care for one another makes such a difference in the world – and food helps! As Saint Augustine observes, “Welcoming and being welcomed are lived out simultaneously. When you receive a guest, she or he becomes your traveling companion, for in this world below we are all travelers.”

Michael Peterson, OSB, is a Benedictine monk of Saint John’s Abbey in Minnesota. Currently he is the Director of Oblates, President of Monastic Interreligious Dialogue, sacramental chaplain of the College of Saint Benedict, and is an avid swimmer.