The Violence of Silence in American Catholic Churches 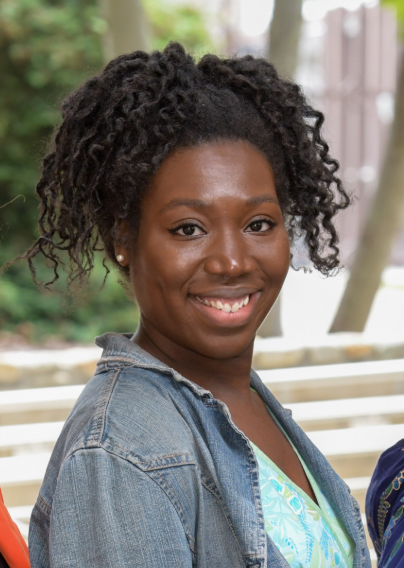 As a Catholic, I think two of the seven themes in Catholic Social Teaching, the Life and Dignity of the Human Person and Solidarity, are particularly important when it comes to the way Catholics live out their faith. People will likely characterize the meaning of these themes through their experiences and worldview. This is understandable, because we often can only see as far as our own eyes allow. However, this can be problematic because our worldview is often limited, and can particularly be so when our experiences and worldview are not subject to systems of dominance and oppression. The Catholic Church is a beautiful, historical, international institution, and its faith and practices hold deep meaning for me. The fact that it is an institution implies that it operates as a system that has specific ideologies. In the Catholic Church’s most Christian expression, it operates independent of traditional American systems such as racism, classism, sexism, colorism, capitalism, etc., and even overtly challenges these systems in a way similar to Jesus Christ when He overturned the tables in the cleansing the Temple of God (John 2:13-16). Ambassadors of Christ should boldly and radically overturn injustice, and their hearts should be less concerned with separation of church and state, and much more concerned with bringing the true Kingdom of God (Matthew 6: 9-13).

However, just as Black people and other people of color are underrepresented in various spaces and institutions across the country, Black people are underrepresented in the American Catholic Church. This does not mean that their identities and experiences must be underrepresented or ignored in their religious experience to match trends outside of the Church, but unfortunately it happens as a symptom of the majority in their communities being disconnected from an experience and worldview that is not their own. When people become accustomed to seeing themselves represented in almost every domain, if not every domain, it can become difficult for them to develop a sensitivity to misrepresentation and underrepresentation of others. Black people experience their world in American society in a unique way compared to their White counterparts, and even their non-Black counterparts of Color. Religion and Mass should be a space where anyone feels safe and represented, especially when they constantly face various forms of institutional violence in their world outside of religion.

Various “isms” have unfortunately permeated the Church space at the local and institutional level. Racism expresses itself in several Catholic Church communities across the country, overtly and covertly. A common example of overt racism that has been discussed more recently among the Black Catholic community is the consciousness that Black Catholics have around why some of their White counterparts suddenly decide that they don’t want to hold hands during the “Our Father Prayer.” Another instance of overt racism may involve participating in church activities with your peers and becoming the center of attention because of the way you speak until someone eventually gets comfortable enough to call you “ghetto.” Church should be a safe space for Black people and all people, and a space in which they should not feel the perpetuation of oppressive systems.

Covert racism in the church shows up in the violence of silence. This particular type of racism may be the most common within the Catholic Church. Some scholars suggest that Black people experience posttraumatic stress disorder (PTSD) as a result of a high rate of exposure to Black death. However, when current news stories break about Black people dying at the hands of state violence, or the rates at which Black mothers are dying and are more likely to die in labor than any other group of women, these experiences and worldviews are not acknowledged in many American homilies, particularly in spaces where Black parishioners are underrepresented. When church initiatives and homilies are crafted to address the lack of action toward Life and Dignity of the Human Person and Solidarity, these domestic issues are circumvented, and violence tends to be acknowledged as something that is more of an international or prenatal issue. Black people can benefit from seeing their identities represented in their worship spaces, and having their experiences acknowledged in their faith. Don’t leave it up to them to do it themselves, as such an approach would perpetuate other experiences outside of the Church institution, where Black people are tasked to work toward solutions for problems they did not create.

Part of the work toward creating faith spaces that acknowledge and protect various identities of parishioners begins with people who do not experience systemic social oppression in the (same) way that others do, and are thus privileged in some way, intentionally educating themselves from another lens and respectfully inviting others to educate them on these issues. In other words, thoughtfully applying themes of Catholic Social Teaching, and overturning the table of the violence of silence in Catholic Church communities, as Jesus Christ would, can aid Ambassadors of Christ in bringing a truer Kingdom of God on earth as it is in Heaven (Matthew 6: 9-13).

Take a good hard, honest look at a community (religious or not) you’re part of. How is it welcoming and safe for its members and where does it fall short? Write out some ideas for addressing these shortcomings.

How do we prevent the oppressive systems of the outside world from filtering into and finding a home in the places and spaces meant to be full of love, community, acceptance, and compassion? Think about this in both internal (personal) and external terms.

Cleopatre Thelus is a doctoral student in Applied Social Psychology at Claremont Graduate University (CGU) with a research focus in Social Issues. She currently serves as President of Sister Citizen (A Black Women’s Organization) at CGU. Cleopatre is also a part-time Professor of Psychology at Chaffey College. Her work on behalf of the Office of Black Student Affairs (OBSA) at the Claremont Colleges over the past 3 years has included building the Black alumni network and managing the alumni-student mentoring program; scholarship, session development and external outreach for the Black Intersections Conference; providing assessment for OBSA’s key initiatives, serving as a workshop facilitator and developing the Black Book, OBSA’s annual resource guide. Cleopatre has a heart for service and building community relationships, and volunteers in various ways in the local community through her membership with Alpha Kappa Alpha Sorority, Incorporated- Epsilon Eta Omega Chapter.