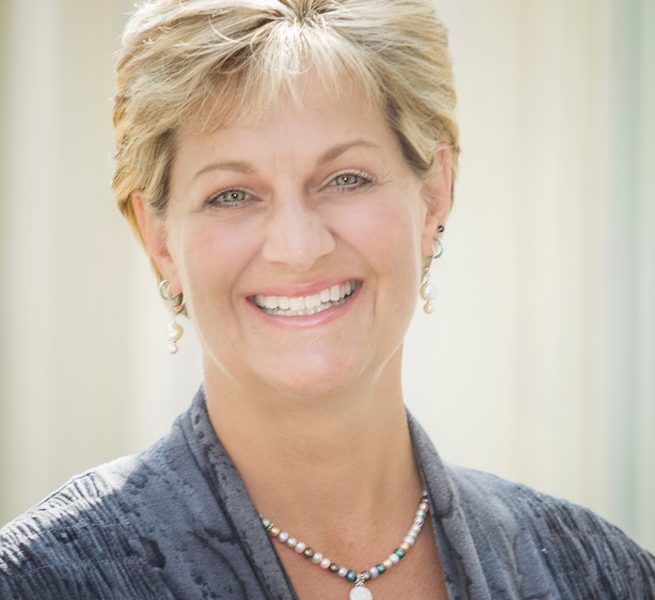 Education is the most powerful weapon you can use to change the world.
-Nelson Mandela

The findings are compelling. Exposure to various faith traditions is associated with increases in religious knowledge and more favorable attitudes toward members of those traditions.

Those were two of the interesting results published just a few weeks ago by the Pew Research Center in their report What Americans Know About Religion. Almost 11,000 U.S. adults answered 32 multiple choice questions about various religious traditions. Most respondents knew something about Islam, which is reassuring, but few respondents were familiar with Constitutional language about religion, which is a bit disheartening. Level of knowledge was also clearly related to religious affiliation. For example, Jews, atheists, and agnostics earned the highest average scores.

Particularly promising were their findings about the potential impact of contact with “the other.” Respondents who took a world religions class in high school or college answered more questions correctly, on average, than those who had not (17.3 vs. 12.5). And respondents who personally knew people with religious affiliations different from their own earned higher scores, on average, than respondents with religiously limited social networks. This broader knowledge base was also associated with a more open-minded attitude. More specifically, those who knew the most factual information about other religions tended to rate that religion’s adherents more favorably.

Clearly, however, there is much work to be done as religiously-motivated violence around the world persistently dominates news headlines. In 2016, Pew Research reported that the number of countries where religious groups were harassed either by governments or social groups had increased slightly from the year before. Moreover, some of the most populous countries (e.g., China, India) have some of the highest levels of governmental restriction. These clashes and concerns over how one articulates and accesses the Holy are unlikely to subside any time soon, especially given the global refugee crisis and the apparent rise in interfaith marriages. In the meantime, public schools around the world continue to debate both the value of teaching children about the world’s religions and the pedagogical approach that makes the most sense.

The plain truth is that we simply can’t afford to raise another generation of adults who are ill-informed about, and wary of, faith-based traditions different from their own. Luckily, there are plenty of tools already available for those kids, families, organizations, and institutions that are ready and willing to move forward. This post reviews some of the methods we use in our Interfaith Made Easy™ curriculum for kids. Hopefully, you will enjoy using them, too!

Narratives
Everyone loves a good story. Stories can transport us across time and space, enable us to inhabit unfamiliar places, and encourage us to embody new situations – even if it’s only for a few minutes. In fact, some researchers (e.g., Boyd, 2010) have suggested that our story-telling and story-listening abilities are evolutionarily advantageous.

It should come as no surprise, then, that the world’s faith traditions are full of fascinating narratives. We have the tales of the Panchatantra (from the Sanatana Dharma aka Hindu tradition); folk stories from indigenous traditions; Jataka Tales (from the Buddhist tradition); and legends about Sufi masters, Hasidic rabbis, the Prophet Muhammad, and the ten human Gurus (from the Sikh tradition).

Since many kid-friendly versions are available – both on-line and in published books – we always start with a story. Many of these legends, regardless of tradition, focus on age-old human questions. How did we come to be? How can we live in harmony with one another? How can we connect to Earth? How do we define the Sacred? How should we manage our darker emotions?

Faith traditions are different, but many of the issues being addressed are similar. And that means sharing the world’s religions with kids can be as simple as reading a story. Here are a few sites to get you started.

Ritual Objects
In most religious traditions, faith-based practices make use of tangible items, and kids love using their senses to learn about ceremonial tools. In our program, we let kids blow a shofar, apply sand with a chakpur, try on a Sikh dastar, bathe a Krishna statue with scented water, wear a yarmulke, smell a burning sage stick, spin a prayer wheel, and twirl like a Mevlevi dervish.

When faith leaders from the local community come to our Sunday School program for a visit, we ask them to bring copies of their sacred texts and to Show-and-Share items of clothing and/or other objects from their religious traditions. These sensory aids serve as excellent starting points for sharing information about day-to-day practice, holiday customs, and unique observances.

Holiday Books
Published kids’ books, for a variety of different age groups, are also available for many major holy days. Finding them is simply a matter of conducting an internet search. Books about Diwali, Holi, Ramadan, Eid al-Adha, Rosh Hashanah, Sukkot, Yom Kippur, Hanukkah, Passover and the solstices and equinoxes are particularly popular. Many of them contain photographs of kids, and some of them focus on how the holidays are celebrated around the world.

Experiential Learning
Jean Piaget, one of the greatest developmental psychologists of the 20th century, once said, “The goal of education is not to increase the amount of knowledge but to create the possibilities for a child to invent and discover….” And one of the best methods for enabling discovery is experiential learning. Visiting various faith communities is certainly one way to do this, but much can be done without leaving one’s home or classroom.

Crafts
Teachers and caregivers in various faith traditions use crafts to teach kids about rituals, beliefs, and practices. My husband lovingly mocks this approach when he claims that we teach about the world’s religions with popsicle sticks and cotton balls. But it’s amazing what can kids learn and remember using this simple, inexpensive approach! Quick internet searches will reveal all sorts of creative ideas, and some websites are almost totally devoted to sharing craft ideas for faith-based themes. Here are just two examples.

Cooking
Culture and religion are often linked, and food is an excellent way to teach about both. Kid-friendly books and websites often include recipe ideas, like fried foods for Hanukkah, Indian ladoos (sweet balls) for Ganesha Chaturthi, and vegetarian recipes from Punjab that are typical of langar fare. Many traditions/geographical regions have their own version of bread, too. Check out these sites with their easy-to-bake recipes for challah, pita, and naan!

Conclusion
More than ever before, we need to promote connectedness and compassion among people of all cultures, races, and traditions. Focusing on faith-based practices is one important way to do that. But when we wait for adulthood, we miss out on some amazing opportunities with kids! Raising our next generation to be more informed and more open-hearted is within the realm of possibility and requires only a bit of effort on our part. Especially when many of the tools we need are already available.

Reference
Boyd, B. (2010). On the Origin of Stories: Evolution, Cognition, and Fiction. Cambridge, MA: Belknap Press.

Rev. Vicki Garlock, Ph.D. is Nurture Coordinator/Curriculum Specialist at Jubilee! Community Church in Asheville, NC and Founder of Faith Seeker Kids. She combines her advanced degree in Neuroscience/Developmental Psychology with her knowledge of world religions to provide tools for churches, families, and schools interested in promoting religious literacy and interfaith education. She is a regular contributor to The Interfaith Observer and Multicultural Kid Blogs and has recently published her interfaith peace curriculum for kids age 4 through 8th grade. She can be reached at vicki@faithseekerkids.com.