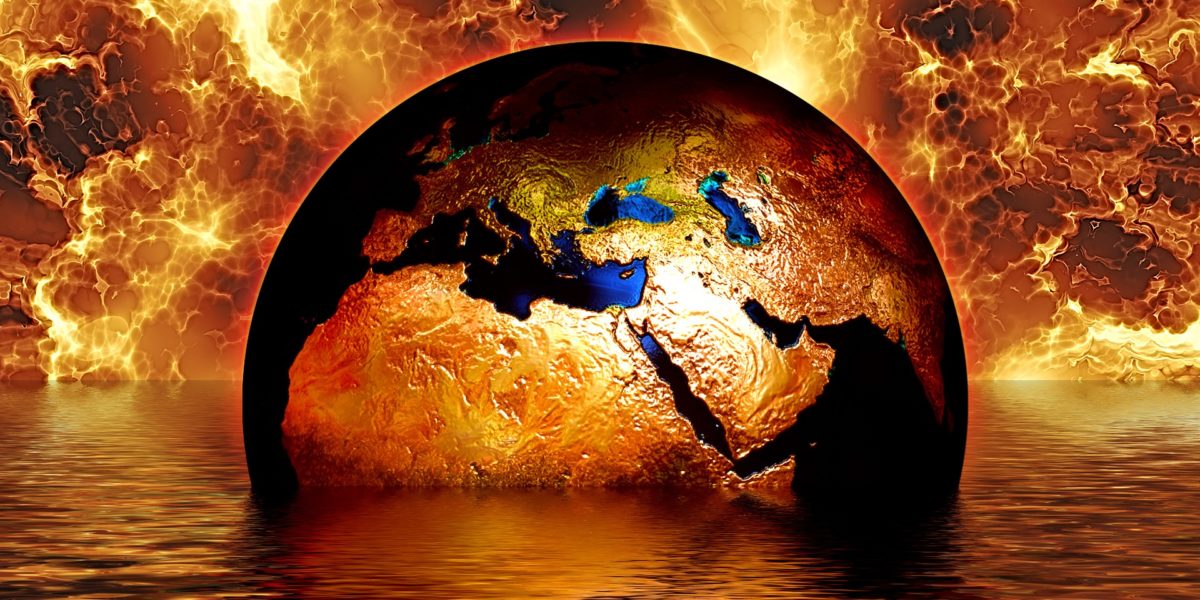 Climate change and its link to social justice issues are likely to be increasingly to the fore of the thinking of religious leaders in the United States and across the globe this year, multiple reports indicate.

But the influence of religious leaders on people’s thinking on climate change appears to be limited, according to a survey published earlier this week.

The survey, conducted by the Associated Press-NORC Center for Public Affairs Research and the Energy Policy Institute at the University of Chicago, found that only 12 percent of respondents more convinced in recent years by the science of climate change were influenced by the views of religious leaders.

This number contrasts with the 74 percent who said they were most convinced by extreme weather events in the past five years, including the spectacular wild fires in California and the damage caused to the Houston area by Hurricane Harvey.

Professor Evan Berry, of the American University in Washington D.C, focuses on research into religious ideas and groups and how they have responded to climate change and the environment more generally.

Berry said climate change directly impacts the religious, particularly as it appears to be intensifying conflicts, including religious ones, and exacerbating refugee crises, which many faith-based groups are devoting their time to alleviating.

The professor, the director of graduate programs in the Department of Philosophy and Religion, appeared on a panel Tuesday speaking on, and to, a visual presentation by the renowned photographer. George Steinmetz.

Steinmetz shared his aerial photography as part of his global “Losing Earth” project, at an event held at Georgetown University’s Riggs Library and organized by the Pulitzer Center.

“Like journalism, religion is about story telling, and if you looked at the photographs the story is unfolding,” Berry told religica.org

Contradictory data exists on the involvement and influence of religious leaders and organizations when it comes to climate change, Berry said, citing one research project he was involved in, one manage by the Public Religion Research Institute.

Key takes from the research were that those people that heard about climate change from the pulpit were more likely to care about damage to the environment, and the ancillary human rights issues. But the research found that many religious were “not particularly active,” Berry explained.

The Catholic Church stood out, particularly when ministering to Hispanic communities, where the highest levels of concern for the environment were recorded.

“Most are getting their views from their media intake, or (depends on) party affiliations, educational standard, and ideology,” the professor of religious studies said, adding there some climate denial advanced by Christian conservatives.

Catholic Church leaders, and adherents, are likely influenced by the increasingly strong stance taken by Pope Francis in recent years.

One example was the Pontiff’s 2015 encyclical on climate change, one that helped propel the formation of the Interfaith Rainforest Initiative, which has brought together Christian, Muslim, Jewish, Buddhist, Hindu, and Taoist religious leaders from multiple countries, most recently Columbia and Peru, according to the Landscape News website.

These religious leaders have vowed to try and protect the rain forest through partnerships with indigenous peoples, businesses, and governments.

“With the launch of the Interfaith Rainforest Initiative here in Colombia, we are making ending deforestation a spiritual concern of the highest order,” said Rev Francisco Duque Gomez, president of the Interreligious Council in Colombia, told Landscape News.