Brighter than the Noonday Sun 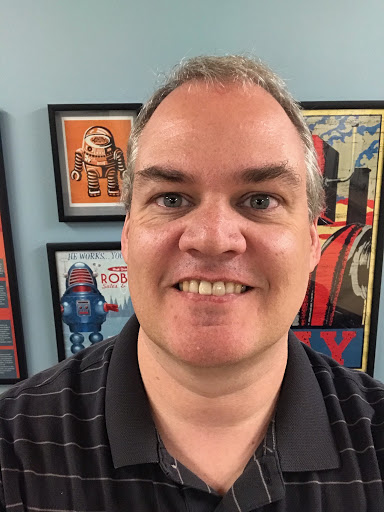 As we begin celebrating the 50th anniversary of the moon landings (I was born a few weeks before Apollo 15), I think of all the amazing discoveries that have happened during my lifetime, including the 2015 visit by the robotic NASA spacecraft Dawn to the dwarf planet Ceres, located in the asteroid belt in solar orbit between Mars and Jupiter. Sometimes referred to as a lonely planet, Ceres floats far from the life-giving warmth of our sun, its cratered surface apparently devoid of life and reflecting less light than an asphalt road surface on a moonless night.

In contemplating the silent passage of Ceres through a sea of stars, an analogy could be made to the poem Dark Night of the Soul by Saint John of the Cross, a 16th-century Spanish mystic and Carmelite priest. The poem explores the theme of a journey of the soul to union with God.

In that happy night.
In secret, seen of none,
Seeing nought myself –
Without other light or guide
Save that which in my heart was burning.

The images in Saint John’s Dark Night and the low albedo of Ceres share the idea of a journey through the stillness. In the case of the poem, the journey represents a movement of the spirit towards God and a transcendence where all earthly cares and sense of self drop away. The poem also talks about the solitary nature of the journey; the soul, like Ceres orbiting in the darkness, has no guide but itself.

However, far from viewing Ceres as lonely, I view the planet as a member of a cosmic family; it is neither the farthest out there (it’s closer than Jupiter), nor as lifeless and dark as it appears. There are small white spots on the surface of Ceres from volcanic eruptions of water; it is believed that Ceres had or still has liquid water under its crust and where there is water there is the possibility of life. This also made me think of a recent interview of astronaut Michael Collins, who stayed on the command module while Neil Armstrong and Buzz Aldrin walked on the moon. When he was asked whether he felt lonely being all by himself, he responded, “I had this beautiful little domain, it was all mine. I was the emperor, the captain of it, and it was quite commodious. I had warm coffee, even.” 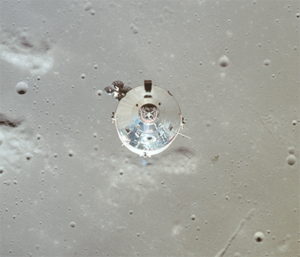 Amidst the wondrous discoveries of our cosmos and its vast scale of time and distance, the scale of humanity against the expanse of the universe is humble, stripping any sense that the universe was created for us, and instead making us aware that we are part of a much larger mystery. As Catholic theologian John Haught notes, “Contemporary astrophysics compels us to acknowledge that the emergency of human life with its capacity for thought, morality, hope, and worship is seamlessly connected to the birth and development of an entire universe.” As part of the universe, we are bound up in an interconnected and interdependent existence, prompting us to ask as Haught does, “If we are part of an evolving world, where is this world heading? Does the universe have a purpose?” If other living beings develop the capacity for thought and develop their own theologies, are we collectively the consciousness of the universe? For me, this line of thought brings up more questions than answers, and it seems that a sense of curiosity and willingness to engage in a process of discernment is necessary if we are to make any headway.

As I progress in my studies, one thing that strikes me is our ability to think about things that are amorphous and seemingly just beyond our grasp, and to have sudden bursts of insight. In this way it becomes evident that there is a universal human longing to peel away the layers of mystery and to ask these questions of meaning about ourselves and our place within the universe while using our powerful imaginings to try to make sense of the visible and invisible in our lives. 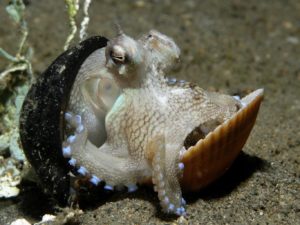 Having not yet discovered life on other worlds, we may entertain the idea that our imagination and longing for meaning is unique in the universe. But as research on the intelligence of animals here on our own world has begun to illustrate, we may not have to go so far to find a “capacity to imagine.” It is nevertheless intriguing to think about the essential nature of what it is to be a human being versus what we might find we share with other beings of imagination.

John Buell is an educational technologist and a student of theology and spirituality at the School of Theology and Ministry at Seattle University. Taking fellowship as a Unitarian Universalist, John is a proponent of interreligious dialog and exploring the intersection of faith and reason towards building a better world of peace, justice and respect for the interdependent web of existence of which we are all a part.