“Acceptance is All We Need” 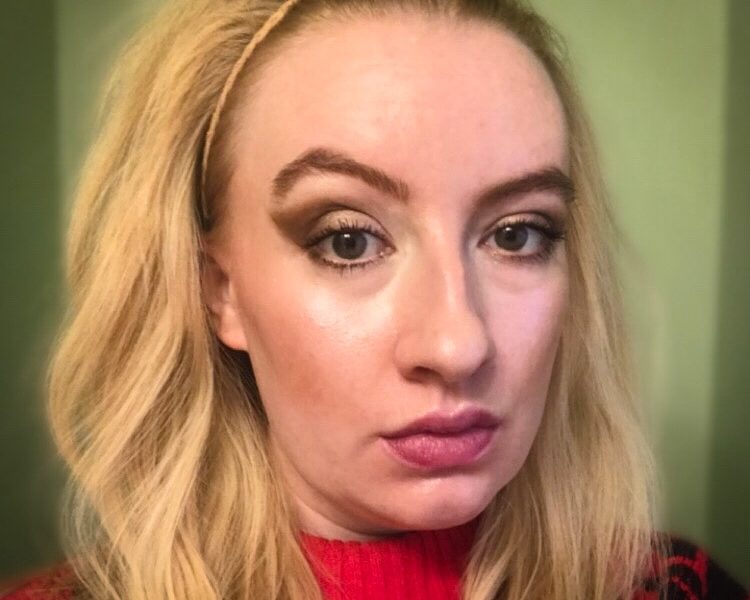 Acceptance. This simple word has shaped how I live my life and how I treat others. At its core is the he Golden Rule: do unto others as you would have them do unto you. Seems like an easy concept and something people should inherently do right? Yet in society today, it appears that it’s not as easy as you think. People are profoundly different and the same. We are beautifully diverse in appearance, self-identity, thought, and culture, but deep down – deep in the core of our being – we are almost identical. We all want to be loved, live our lives to the fullest and live as we see best for ourselves. Yet there are those who tend to focus on the differences so much that they don’t accept others for who they need to be.

I always have been described as too much – as having a personality that was too eccentric; a misfit if you will. I felt repressed for years attending parochial school K-12 with the same sixty kids. People preferred to conform rather than stand out embracing who they were – something I couldn’t and refused to do. This caused me to gravitate towards other oddballs and misfits. I was a kooky artistic, someone people had a hard time accepting; instinctually I decided to accept others. My own experience of rejection strengthened my belief that people should feel free to be their authentic selves without being judged.

So even before I understood the LGBTQIA community and what it means to be an ally, my desire to accept others led me to be one. When I began attending a public university, I was exposed to a wide variety of people and started studying feminism. Feminism itself has been an ever-evolving concept rooted in the idea that everyone is equal and thus should be treated as such. The first and second waves were primarily focused on the rights of women being equal to that of men. When the third wave rolled around in the 90s, the concept began to broaden. Now today we have what is called intersectional feminism, which branches beyond equal rights of women to equal rights for POC (People of Color) and the LGBTQIA community. Through college and graduate school, I pursued art, exposing me to people with wildly varying beliefs, and supporting vastly different communities and concepts. I continued to explore and study feminism in support of my art, and in doing so I frequently came across the term “The Other.” The Other isn’t just one specific minority group but everyone who isn’t the privileged cisgender heteronormative(cishet) white male. If you really think about it aren’t there a lot more Others then cishet men?

The art and feminist philosophy I studied during my Master’s program gave me the strength to extradite myself from an abusive and oppressive relationship to live a happy and healthy life. So, at the age of 28, I was living alone halfway across the country from where I grew up. I found a home in the local art community where I lived and became friends with a beautiful variety of people. It didn’t matter what someone’s religious background, sexuality, color of their skin and socio-economic level a person was. I struggled my life being accepted because I was weird and so I made it my mission to always accept others.

At this point I started becoming extremely fascinated with the art of drag, especially as a method to deconstruct patriarchy’s concept of gender binary. Philosopher Judith Butler, in her book Gender Trouble, argued that the gender binary consists of a closet full of different outfits or identities and through drag we breakdown those constructed identities and thereby the gender binary itself. The American drag queen RuPaul said “Everyone is born naked and the rest is drag.”

Through sheer coincidence, I met a tattoo artist/ illustrator who had dedicated his life to be a drag artist. Through this friendship I was immersed into the LGBTQIA community. Meeting other drag queens, I felt deep kindred with them and because I openly supported and accepted them, I felt accepted in turn – even though I’m a straight white female. Drag isn’t just about crossdressing, it’s about displaying the ridiculous nature of gender identity and allowing people to express themselves as they see fit, not how society tells them to. In recent years, the destruction of the gender binary has become evident as more and more people are openly identifying as non-binary, gender fluid, or gender nonconforming.

The non-binary identity is not a new concept. Other cultures have long accepted a third gender or a genderless option. In Indigenous cultures we see two-spirit people who identified with both genders and were revered as shaman. In India there are Hijra transgender indivuals who tend to be in performing arts. In Polynesia you find Māhū, who are people of indeterminate gender. And these are merely a few examples among many. Ultimately, the binary only exists so that patriarchy has power. But I have learned it doesn’t matter what your gender or sexuality is. What matters is living as your most authentic self; whether you are comfortable in the skin you live in or decide to change your outward appearance to match the person you are inside.

I leave you with a few questions to think about: Why do we continue to complicate the basic concepts of acceptance and support? What lingers at the core of some people’s fear of and refusal to accept those who identify outside the gender binary? What happened to The Golden Rule?