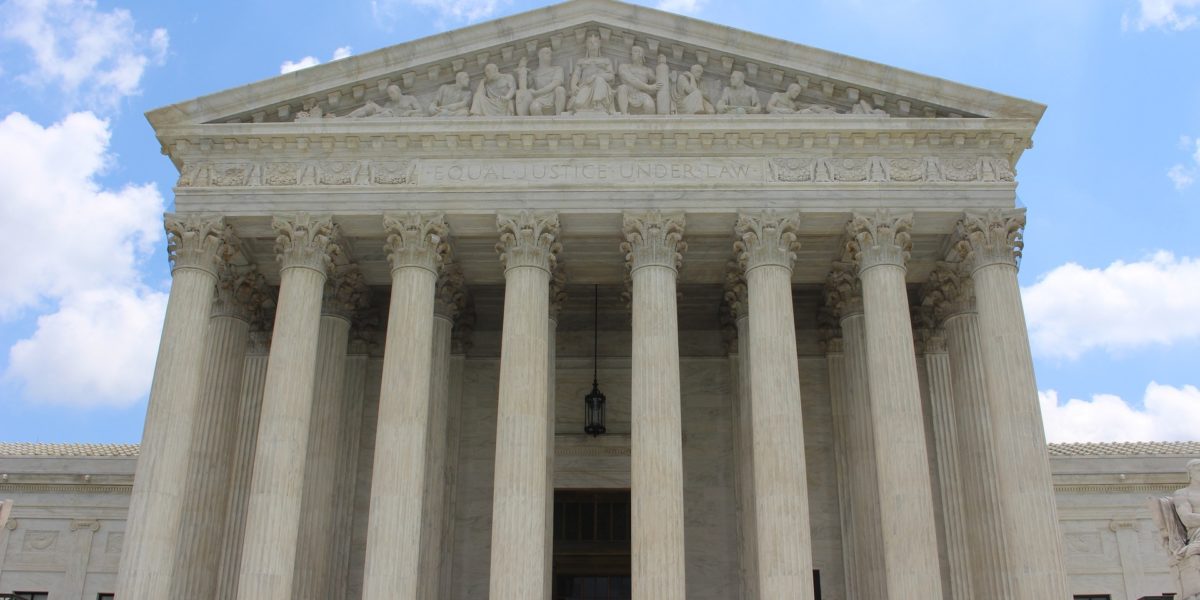 In Alabama last month, triple murderer Domineque Ray was put to death. A convert to Islam, Ray’s execution followed a last minute appeal to the U.S. Supreme Court that included a request to allow his Iman to be by his side as he died.

The Supreme Court, by a 5-4 vote, vacated a  stay against execution, a decision dissenting Justice Elena Kagan described as “profoundly wrong. “Kagan’s reasoning for her conclusion was the establishment clause of the First Amendment states that “one religious denomination cannot be officially preferred over another.”

The conservatives on the court wrote little, stating only that the “last minute nature” of Ray’s claim for relief was the reason for the decision. Alabama’s historic policy was to allow a Christian minister in the death chamber. In court filings, the state now says no spiritual adviser will be allowed to be in attendance at the time of any future execution.

More recently, the highest court declined to hear arguments in Morris County versus the Freedom From Religion Foundation, which centered on whether government funds could be used for the preservation of historic religious buildings.

While all the justices agreed to decline, three, Justices Brett Kavanaugh, Neil Gorsuch, and Samuel Alito, all of whom declined to hear Ray’s appeal, made clear they were doing so on procedural grounds.

Debates over religious liberty, and freedom from religion, are springing up all over the country, including most notably over attempts to pass bills in state legislatures, which are mostly driven by Christian groups.

In Georgia, legislators are attempting to introduce a bill that mirrors the federal Religious Restoration Freedom Act, which centers on the principle that the free exercise of religion cannot be substantially burdened by government. The U.S. Supreme Court has ruled it does not apply to states.

While opponents claim the bill is a screen to allow for discrimination against certain communities, including LGBTQ, it is worth noting that 21 states already have such laws on their books, ones that are either similar or the same as the federal legislation.

In Florida, a potentially more problematic bill is currently being considered by a House sub-committee. It requires public high schools to offer elective classes on religion, but, crucially, singles out Hebrew Scriptures and the Bible for study. It could be argued that this runs foul of the establishment clause, with opponents arguing it directly discriminates against other religious texts, including the Koran.

Even more explicit legislation was introduced in the Missouri legislature. It calls on state officials to develop Bible courses, and allow school district to introduce them.

While the Alabama case centered on the establishment clause, free exercise arguments are being made by individuals of various faiths, not just Christians, as highlighted by the ACLU last week.

A report published by the civil rights organization centered on the alleged treatment of individuals by ICE and Border Patrol, including a Muslim who claimed he was offered a pork sandwich every eight hours for six days, bibles confiscated at the border from 7th Day Adventists, and rosaries from Catholics. Lawsuits have been filed, including by the ACLU.

Aleksandr Sverdlik, of the Program on Freedom of Religion and Belief, argued in a post published by the ACLU that immigrants detained  across the country are frequently denied “access to clergy, worship services, religious texts, religious diets, and an appropriate place to pray.”

He added, “This sort of treatment is not just morally reprehensible, it’s against the law….That’s why we’ve sent a letter to the Department of Homeland Security, calling on its Office of Inspector General and Office for Civil Rights and Civil Liberties to launch a thorough investigation and take action.”

It is worth nothing the response of the Baptist Joint Committee on Religious Liberty, a faith-based group dedicated both to religious liberty and the institutional separation of church and state.

“These kinds of allegations, if true, are a reprehensible and unnecessary denial of basic expressions of religious identity,” the organization following the publication of the report.

But the same group also weighed in forcefully on the 40-foot Blandensburg cross, which sits on government land in Maryland and was recently the subject of oral argument before the U.S. Supreme Court.

It is unconstitutional, the committee stated in an amicus – friend of the court – brief jointly signed with Jewish and Christian groups.

“The cross…violates the government’s fundamental obligation to be neutral between competing religious claims,” it stated.