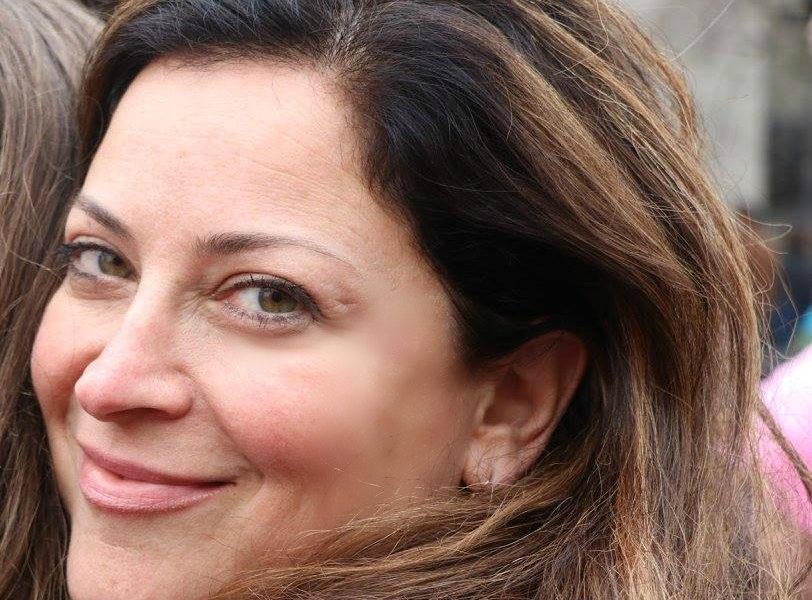 Now more than ever, the only way to create true peace in this world is to cultivate it within yourself first.

Theory of Three Feet
How do we each create a peaceful co-existence, and aren’t we more likely to seek peace with each other if we are first experiencing peace within ourselves? The three feet of peace is our own personal three-foot circumference around our bodies. Three feet of peace is an image for thinking about taking care of our own space, our own lives, and to seek deeper relationships with others coming first from a place of our own responsibilities toward internal peace first. Are you aware of even just the first three feet around you?

Shakespeare and Meditation in Jails
Years ago, I started to work with gang members using Shakespeare in order to cultivate peace and work through conflict. The opportunity came over a game of pool in LA, when I met Ish Moran, Head Probation Office at the maximum-security juvenile facility in the area. He is a striking man, standing well over six feet tall, a mix of histories and ethnicities, with hands that can rival Wilt Chamberlain’s, and packaged with a large brimmed cowboy hat, spiritual totems around his neck, and large rings whose origins seem to come from all over the world.

I pitched him my idea about theatre and conflict resolution as we played. My youthful exuberance and natural tendency to excite bouncing around the table, as he stood thoughtful and still, effortlessly whipping my butt at pool, he agreed to meet with me. Months later, after all the plans were made, I remember being at the maximum-security juvenile facility, and standing in the frame of the gymnasium door at the facility with the four teachers I had hired. We all watched as a line of large young men crossed the yard towards me in formation, hands behind their backs. I thought, “Good god, I hope I know what I’m doing.”

As they approached, saw the reluctance in their eyes, already suspicious. I instinctively reached out my hand to shake the hand of the first young man as he approached. The line came to a halt. I asked him his name. He gave me his last name. I asked for his first name and gave him mine, shaking his hand as he entered. My well-trained but green-like-me instructors stepped into line behind me, following my lead. I was unaware of how many protocols I had broken and how significant it would be that I had done so. At the end of the first class they lined themselves up again and wanted to repeat our greeting on the way out, shaking each teacher’s hand. This became our own private protocol.

This also became a space for them to momentarily let down their guard, which even in a slight way must have been a relief to their system. “They take away everything when you get locked up. They take away your clothes. They take away your freedom. They take away your thoughts. They take away your hair. They take away everything, except your memories. So, you just sit in here and start going crazy,” one youth confided. This was indeed a setting where there was no hope for ownership of your three feet of peace, so it had to be created from within, an internal place to land and find comfort. Over time the handshakes became hugs, which periodically were shared among their peer group even between otherwise rival gang members. As they left each class, the ritual continued, and each time I would watch their bodies shift, contort, and re-assimilate in structure and energy to create their façades as they entered the yard which required a tighter hold for survival.

But this class was a moment where they were safe to be still, return to an internal space for which their thoughts were their own, the possibilities endless, and they controlled their world. Even for a moment.

Respect
One of my instructors shared with me that he learned more from them than he possibly could have taught. I agreed. I was working in the world of entertainment at that time and looked forward to my weekends in the jail where communication felt more authentic and direct – for better or worse, you always knew where you stood.

The greatest lesson I learned was how we all have a deep-seated need to express, to be heard, and to feel respected as a human being. I remember a specifically poignant conversation about the feeling one student had when holding someone at gunpoint. He expressed a feeling of being respected. He spoke of how, for that moment, he had the complete attention of someone who otherwise might never have looked him in the eye. I took a risk and told him if he had held me at gunpoint, he would have indeed had my attention and momentarily held my life in his hand, but my attention would not have meant my respect.

I realized in that moment how critical our first meeting had been. My immediate desire to look them in the eye, get their name and shake their hand. That was the move of a self-possessed person choosing to meet another as a self-possessed person and honoring the interaction, which allowed a space for respect to grow. We had huge differences, but that initial interaction prevented the creation a chasm of assumptions or a stance of permanent retreat.

Three Feet of Peace
Sometimes three feet of space is also about really surrendering our own cage and seeing the space around us as full of opportunity. One of my favorite images sits at my bedside. It is a hand drawn image of a bird perched on a branch, singing. Below is a cage with an open door. Most of us will not experience the truly confining reality of prison. But most of us know the feeling of experiencing a cage of our own making. The psychic cost of compressing ourselves and limiting our self-expression into those harnessed but safe dwellings has a global cost as well. When in this state, it is near impossible to grow, to be open to the unknown or unfamiliar, or to challenge our beliefs. For me, peace comes when I feel at home within myself, without the feeling of constriction provoked from the outside or pre-instructed from within, and yet also when I’m open to the world. When I am at home and open to others, I add my three feet of peace to the larger world.

These collective three-foot increments can significantly alter our world in ways we may not fully comprehend. Like seeds dropped on a path. We do not always see the bloom, but it is enough to know it will sprout. This is the next evolution. Change occurs within your next choice. What will you choose? May it bring you Peace.

Deborah Greene is the founder and CEO of LiveaMoment, a movement dedicated to creating and funding peace initiatives around the world. She is also a writer, educator, and international speaker. Based in the San Francisco Bay Area, Deborah started LiveaMoment in 2015, building on a long history of developing award-winning programs, working with corporations, non-profit organizations and educators. Deborah has also worked with young offenders in jail, creating The Foliage Project, a theater group program in youth detention centers, for which she founded.

Deborah’s newest venture, LiveaMoment has released a first of its kind app, designed to help people create their own 3 feet of Peace, connect with others around the world, aid in the teaching of Emotional Intelligence and raise money for a cause or nonprofit of their choice. LiveaMoment’s Our State of Peace Project started when Deborah Greene, “The Peace Traveler” & Founder/ CEO, traveled over 10,000 miles by car to over 40 states during the last elections cycle, forging conversations and documenting how we feel as individuals, as a nation, and as a growing global whole. The result is a tapestry of human emotion made up of hundreds of voices, OurStateofPeace. The project is extending and is set to travel this summer creating cross-cultural events, filming more voices, and raising funds for non-profits through the release of our donation function on the app. (The app is offered for free to all users and users are asked to donate to a featured org from a curated list, liveamoment.com)