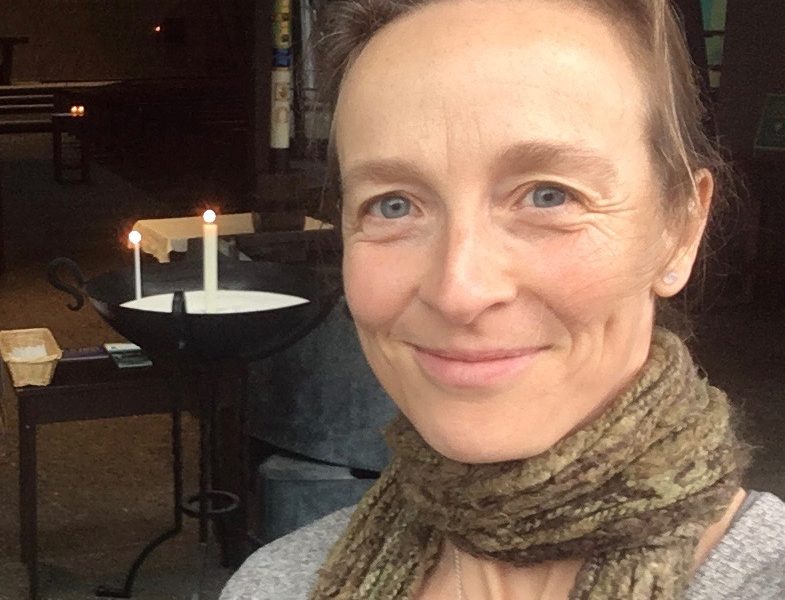 I am an Episcopalian living in the spiritual-but-not-religious stronghold of the Pacific Northwest. Until recently I believed, given sparse attendance, that the institutional church in my neck-of-the-woods was dying, but having been ‘ghosted’ by members of a well-populated parish in a part of the country where church-going is the cultural norm, I now see death where I once assumed there was life, and great life in what I once believed was dying.

Last month I traveled far from home to be with a hospitalized loved one. Anxious, and in an unfamiliar city, I went online to find the nearest Episcopal Church for worship and prayer times. I was delighted to see the closest parish was less than three miles from where I was based, and I drew strength from the thought of spending a chunk of my time there. My first visit was on a Sunday morning; it would also be my last.

I realize many of us in the Pacific Northwest dress very differently for Sunday services than folks pretty much everywhere else in the country, but I was surprised by just how much I stood out in my jeans and t-shirt: I could have had “visitor” tattooed across my face. So it was deeply surprising to me that I was, in fact, completely invisible. I had to ask the greeter for a bulletin. No one met my eye as I entered the sanctuary and looked around the space for a place to sit, searching out faces with a smile on mine. The pews were full, but the space felt empty. I was struck by the absence of that thick intangible, the felt spiritual presence common to spaces where people gather in prayer. I sat close to the back of the packed nave; no one turned around to exchange the peace with me. I felt lonely and anxious and separate in the midst of this parish’s Sunday-faithful. I went to church hungry for Christian hospitality, wanting the assurance that pours out from the warmth of Christ’s welcome and needing some time in community, re-grounding in prayer. Instead, I experienced the discomfort and distress of being excluded and unwelcomed: an invisible outsider.

Earlier this month, The Episcopal Church published its annual Parochial Report. It’s not an uplifting read based on trends in membership and attendance figures. Generally, if Average Sunday Attendance (ASA) is growing, a parish is considered healthy. By this commonly (mis)used standard, the parish I visited would be the ‘gold standard’: the community is over 2,000 strong and, according to their website, they are growing. But in light of my own experience, I am more convinced than ever that assessing church growth or decline using attendance as a key metric is a dangerous mistake.

What if the very metric intended to measure the health of the church is in fact killing it? After all, once standards of measurement are set, great effort will be made to achieve success by those standards; but Jesus didn’t say anything about gathering as many people as possible in church every Sunday for the win. I love The Episcopal Church with an almost irrational passion, but without a deep shift in institutional thinking it is hard for me to envision a viable future for the denomination that has given and continues to give me life.

We are repeatedly told that attendance is of vital importance for the survival of the church. I argue to the contrary that in fact, it is our being sent out into the world to “love and serve God” is what is truly of vital importance for the survival of the church. The Church is the body of Christ in the world, and within the Episcopal tradition we are formed for this task by the daily/weekly/seasonal rhythm of our prayer life. Yet, we have no metric to gauge the impact of this spiritual formation, nor to assess whether it is actually happening in all our parishes. There is no way to measure how effectively we “love and serve God” or whether Episcopalians across the country are in fact doing this at all. Attending church has become erroneously synonymous with being Church, and this fatal error will surely keep the institutional church at the irrelevant periphery of society.

If a parish has a membership in the thousands, its impact on the neighborhood and wider world should be seismic. Instead, it’s the smallest and poorest, yet clearly most deeply formed Christian communities that are affecting the greatest change.¹ To survive, surely the institutional church must take seriously its role in the formation of Christians to do Christ’s work in the world, with its health assessed in ways that include ‘metrics’ to capture how well members take care of society’s most vulnerable and each other, their relationship to wealth and material possessions, and how effective their efforts to bring about the restoration of justice. By such standards, failure to welcome the stranger would be one clear marker of a parish that’s failing – no matter how large its ASA or how full its offering plate. The future of the church lay in our Christian lives, intentionally lived, together, as Church every day. Only by paying close attention to this can we assess whether we are rightly oriented toward a collective fullness of life or will instead continue our slide toward an inevitable (necessary?) death.

¹As a key example: “Chaplains on the Harbor is a ministry of presence in Grays Harbor County, Washington, a developing worshiping congregation, and a faith-based center for rural leadership development in the movement to end poverty. We seek to affirm the dignity and worth of people living in Grays Harbor and to seek for a better life for a community struggling with deep poverty.” https://chaplainsontheharbor.org

Linzi Stahlecker is an MDiv. student at Seattle University’s School of Theology and Ministry. She is a deeply committed Episcopalian and an aspirant for holy orders in The Episcopal Church. Linzi lives in Seattle, WA with her husband and three children.