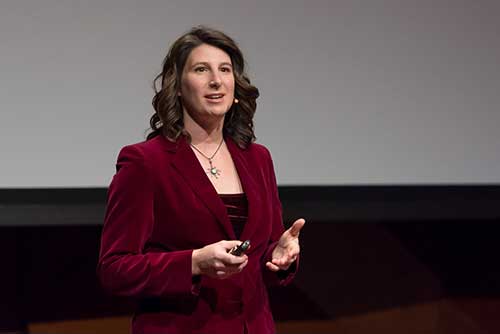 In my work as a university faculty member, I am often approached by students, requesting advice in “coming out” as an “none” to the religious families who raised them. (I faced the same terrifying issue before I outed myself on a TedTalk stage in 2016). As I listen to their stories, more and more I hear that our nation’s current political and religious sectarianism is much of the impetus for many to self-classify as a “none.” In this umbrella category, we find those who identify as atheists, agnostics, “nothing in particular,” SBNR (spiritual but not religious), etc. Many explain their desire to be free to seek spiritual truth across belief boundaries as well as to NOT be affiliated with what seem to be increasingly fiery battlegrounds of ideologies and dogma they find limiting. I am in awe of their bravery. I also offer them support in keeping open the bridges to the belief-identities of their past – shaming ourselves for past beliefs is productive to no one.

However, there are other perspectives to this trend. I’ve heard many of my traditional religious friends (many over the age of 60), fear and condone the ‘rise of the nones,’ who make up a solid 23% of U.S. Americans, as they seek ways to bring them back into the fold. To them I offer this advice, from Rabbi Brad Hirshfield from his potent book, You Don’t have to be Wrong, for Me to be Right, we should first honor the person in front of us before the ideology or dogma with which we identify. Respect and connection first, then authentic dialogue. I am privileged to be a part of a vibrant Interfaith Council (that consists of 35 faith organizations and 30 nonprofits) that has been a vital part of this community for over 40 years, because they take this value to heart. And I believe in this advice so strongly, I have built my career around it.

Like many folks, I have gone through several chapters in my life where I have found that my container for the divine was too small. In my life I have identified as Methodist, Evangelical,  Catholic, Agnostic, Atheist, Humanist, a Spiritual Naturalist, an advocate of Process Theology, and a Unitarian Universalist. No doubt there will be more to come. Also, like many folks, I carry shame over past identifications, for the ways I threw my fanatic spirit into one system after another, searching for one complete truth. Each of these belief systems spoke to me a truth that I needed in my life at that time, and each I also found constrictive in its boundaries.

In reflecting upon my past belief-identities, I realize my tendency – and our human tendency – to “make truth small,” as Rabbi Hirshfield states. He warns against “making truth small” by attempting to over-articulate ways to understand, describe, and grasp mystery and wonder; thinking that if we could make the sacred concrete with our words, we could master it.

Personally, I struggle with this tendency constantly. One specific example is prayer. As a Unitarian Universalist (who does not fit comfortably into to realm of theism), am I allowed to pray? At times, I feel like a traitor, donning the practices of a theist. Am I brave enough to look as if I am “compromising” to my fellow non-believers? To whom shall I address my plea anyway? And in asking those questions I realized that I was indeed trapped in the process of making a truth (my orientation to mystery, wonder and what might be considered sacred) too small and confined to the territory of a specific belief.

And in case you are wondering, yes I do allow myself to pray. I appreciate the way Kimberley Debus, UU minister, describes prayer: “Prayer keeps us right-sized … prayer clarifies our priorities – noticing the things that strike terror, the things that make us weep, the things that cause us to swell with hope.” I understand prayer to be a very primal and human practice that tends to keep me right-sized, regardless of my belief identity.

Here is where my resistance to making truth small leads me. At this point in time, US America is the most religiously diverse than any other point in our history. Additionally, the most rapidly growing demographic among us are those identifying religiously as “none.” As of 2019, there are now more “nones” than Catholics, more “nones” than Evangelicals in our country. I feel this moment is an important one, in which we should acknowledge this demographic as bravely stepping forward. Many in this category are boldly refusing to “make truth small” and seek more vast containers for their wellsprings of life.

The warning against “making truth small” can be extrapolated to our broader society as well. I’ve experienced religious/spiritual/nonreligious paths as a fabulous conduit to the wellspring of life but I no longer confuse the belief system as the spring itself. The bigness of the sacred is beyond labels and containers. We walk through life offering our stories and beliefs out in front of us, peering through them to see the world, but our lenses have the unfortunate effect of curating the wellspring into trickles that make sense to us. Let us always, as Parker Palmer advises “set the table for the unexpected guest” so that we may give ourselves the flexibility to be surprised, awakened, enlarged, complexified and imprecise.

I humbly acknowledge that my epiphanies are not unique, they are common. Much of humanity has worked through these same struggles throughout the ages. Mine have become my growing edge, my access point to further growth, which I hope has positive impacts on the world around me. My common epiphanies have the tendency to lead me to connection with those who’s belief-identity might be very different than mine. And my time invested in different beliefs systems has granted me with the ability to speak several ‘belief-languages’ and have empathy for the zealot and moderate alike. Frederic Buechner, Presbyterian minister and prolific author, describes vocation and calling as “the place where your deep gladness meets the world’s deep need.” I feel fortunate to humbly stand in that place on a regular basis. I have learned that I don’t need to be responsible for righting every wrong I witness. Instead I have painstakingly learned to put my efforts into making the moment fertile for a shift to happen.

On top of all of that I enjoy the extraordinary privilege of teaching at a public university that makes space for education and engagement around differing beliefs. Yes, my community dares to wade into the murky territory guarded by the separation of church vs state, grounded in the fact that our community must educate ourselves and engage with our faiths and belief-based identities BECAUSE we are a public university that values inclusivity and diversity, not in spite of it.

Wherever you find yourself on the belief spectrum, I challenge you to both honor your own beliefs, but do not allow your beliefs keep you from stepping across belief-identity lines and engaging. Let us spend more time speaking with and to others, rather than for and about them. Brene Brown, champion of vulnerability, offers us this advice, “its hard to hate close up, so move in.”

Elizabeth Sink hails from the Midwest, where she graduated in 1999 with a Bachelor’s degree in Interdisciplinary Communication Studies from Aquinas College, in Grand Rapids, Michigan. She completed her Masters Degree in Communication Studies at Colorado State University in 2006 and has been teaching there ever since. Her current scholarship, teaching, program and curriculum development considers our current cultural/socio/political landscape and advances progressive means of communication between differing religious/non-religious people. She is interested in the ways civically-based higher education affects students’ motivation for involvement in their communities, perceptions regarding their own biased and/or polarized views, understanding self-efficacy, and critical thinking processes. She can be reached at elizabeth.sink@colostate.edu.